Liquid Leap : Acer walks into the World of Wearables; Keeps it locked, Literally

Earlier today when Amazon add the wearable category to their list, it became clear that now even they can understand how important it will be in future. Google, LG, Samsung everybody else is coming with their own version of smartwatch or a fitness band.

Making sure that they did not get left behind, Acer, a company who has built tons of laptops and notebooks, has announced its first Fitness band–Liquid Leap–thinned at 17 mm, this band is aimed to be both a fitness tracker and a smartwatch. 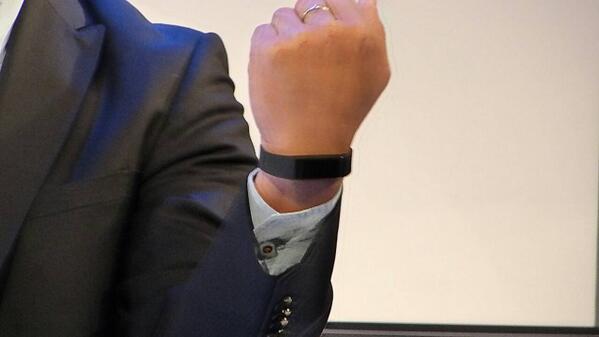 While we know very little of what are the capabilities of Liquid Leap, the name directly points to its connection to Acer’s forthcoming Liquid J smartphone and will be sold along with it initially which is weird. Moreover the device is not being sold to US but only to countries like Asia for testing. It seems Acer has a product which they want to test it to get more feedback.

After following tweets of people who attended the Acer event, it seems the band does provide basic things like display for messaging and tracking.

I spent at least 30 minutes to track down every news possible to find specs or any other info about this product but its all in vain.  It seems Acer isn’t serious about the product. Most of the tech reporters complain that Acer kept quiet on its specs or any other details which is seriously a -A in their books.

It seems Acer is going to test it in markets by trying to sell it along with their phone and see how the response comes back. And if this is the case, it will be difficult to get good number of feedback as the sale of Acer phones is not strong anywhere.

That said, it will be wait and watch game till Acer officially announces it with a press release.

Previous: Amazon Makes it Easier to Explore and Buy Wearables With a Dedicated Section
Next: Google Glass gets Backup All and Smart Call Answering