Home » Wearables » How to Activate Sleep Tracking in Fitbit Flex

How to Activate Sleep Tracking in Fitbit Flex

While Fitbit Flex is mostly used for tracking your steps, calories and so on, one thing that band can also do is track your sleep. This has one big advantage–you can accurately track your sleep–how many times you were up, how much time you took to sleep and your exact sleeping period. This is way much better than manually entering them which is least accurate way to do it.

Usually when you double tap on flex, it shows  percentage of goal covered. One led glow represents 25% , two says you are around 50% and so on. To get this into sleep mode tracking, hit the flex 5 times in a row. This will now show two led blinking going left and right. This is the sleep mode. Hit again for 5 times, all led will glow and make run back to goal tracking. 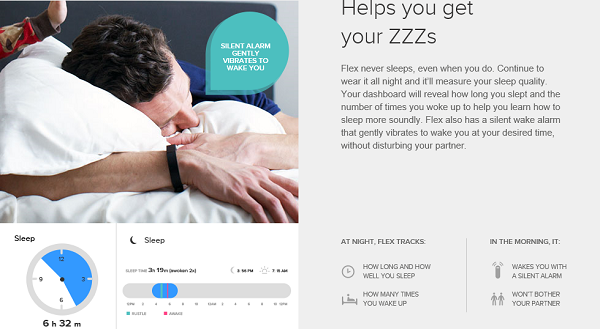 What is important here is to activate it timely. When you go to bed, you should turn it on and when up again, you need to switch to goal mode.  Also make sure that your band is on all the time when sleeping.

The last line above is what is tedious. Personally, I don’t like anything on my hand when I am sleeping. It feels kind of odd and feels like my watch is still on. An alternate way which I try sometime is keep it under my below or just near me. That when you move around, the fitbit gets a push and still calculates your restlessness. You can also put it in your pocket and sleep, if you are ok with it.