Google made it clear that they’re serious about Wearables when they announced the Android Wear back in March this year. But we had to wait till Google I/O to know how exactly it works. There are a lot of things we love on Android Wear, but there’s one thing which bothers us a lot, and that has been Android’s achilles heel for a long time – the Battery life. 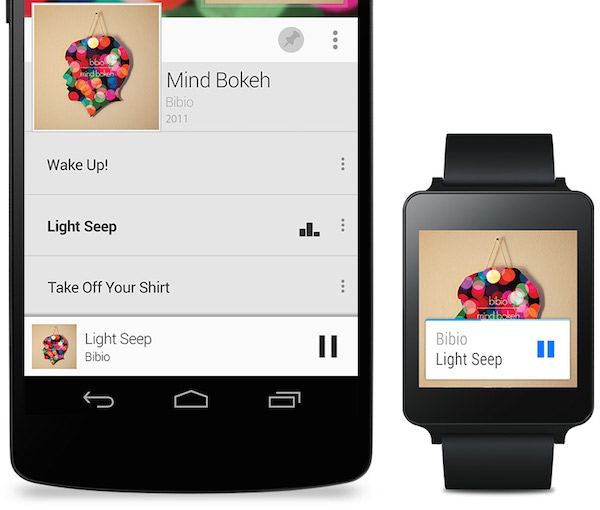 Something which has plagued the smartwatch market in general and Samsung in particular is the battery life. Several companies have tried several ways to address this issue. Startups like Pebble went with a terrible looking monochromatic e-ink screen without touch capabilities to ensure a week long battery life. Samsung, whose first Galaxy Gear smartwatch struggled to go past a day’s usage, dramatically ditched Android for its own Tizen to push the battery life to 5 days on a single charge. This was with a display which is not always ON. And this is where most of us were hoping Google to have some magic up its sleeve with Android Wear.

Sadly, Google has no such magic wand.

Google’s demo and presentation at the I/O for Android Wear was all about how wonderfully integrated Google Now is with your wrist watch. The watch to your phone is like remote to your TV. You can control most of it by just talking to it or in a couple of taps. One feature which was conspicuous by its absence was the battery life. Google didn’t dare to talk about it.

The LG G watch comes with a 400mAh Li-ion battery, which is 3 times more than the one on Pebble, but lasts for just 36 hours on a single charge. If that’s not bad enough, Samsung’s Gear Live has a smaller 300mAh Li-io battery and can last up to a day. Mind you, these are the number claimed by the respective companies. The real world usage might actually be worse than this.

Yes, both of these watches come with an impressive touchscreen display, but having to charge your watch every night isn’t something you’d love to do. To make the matters worse, both these phones come with a custom charging dock for charging, which means you’re out of luck if you ever forget to carry them on your trip. Unlike Android smartphones, there’s no standard for charging Android Wear devices (as yet).

We really wonder if Google has gone beyond making the user interface adapt to smaller screens on Android War. The card based UI, which Google refers to as Material Design looks great, but Google should go beyond UI and letting Android Wear devices a mere extension of your smartphone. It can’t just be a mobile operating system on a smaller screen.

Wear it and forget it will be a myth

In an ideal world, you need not worry about your wearable device. Just wear it and forget it. With battery performance like this, you’ll be constantly worried about running out of charge on both your phone and the watch. Fitness devices like Nike Fuel, Fitbit Flex can last up to 5 days at a stretch. Right now, both LG G watch and Gear Live have only a handful of sensors in them, and off-loads heavy stuff like fitness tracking to the connected smartphone instead. Imagine having full activity tracking capabilities like Fitbit Flex on either of these smartwatches. They wouldn’t last even a day we guess.

Android phones found a way around for battery issues

OEMs found a neat work around to handle the battery issues on Android smartphones. At a time when 4-inch phones were considered ‘too-big’, companies started launching devices with 4.5-inch, 4.7-inch and 5-inch+ screens. This allowed them to stuff in a way more battery than before. 2,000mAh and 3,000mAh batteries became a norm. So the solution was to keep increasing the device sizes to accommodate more battery, while putting minimum efforts to optimise the battery consumption itself.

But Android wear looks out of luck here too. 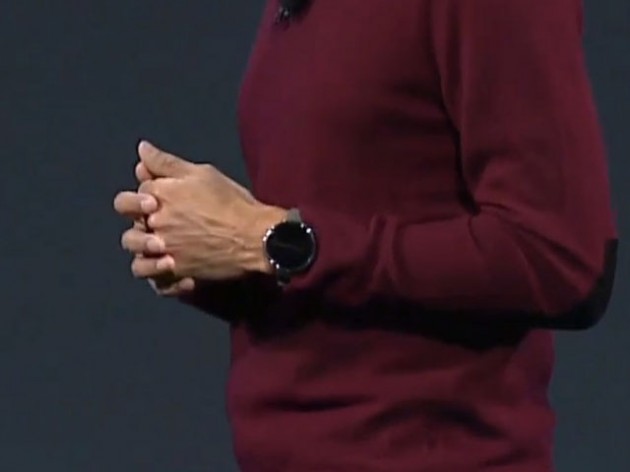 You can’t keep increasing the size of watch-faces just to accommodate more battery. Qualcomm tried it with their Toq smartwatch. The obnoxiously huge 1.65-inch watch is woefully big for most wrists. The upcoming Moto 360 isn’t any better as we saw on Sundar Pichai’s wrist. Considering these wearables are meant to be unisex, it’s only natural for the womenfolk to cry foul.

If the whole point of Android Wear is to be worn (WHAT?!), my 45mm wrist size only gives me the G Watch as an option for now.

Except for Pebble and LG G Watch, most other smartwatches these days are already huge and bulky. Considering ‘being obtrusive’ is one of the most difficult challenges facing wearables right now, Google should find a better way than asking OEMs to keep increasing the battery capacity.

Albeit a small one. We saw that Qualcomm Toq is using the Mirasol display which is sort of a middle ground between the dull monochromatic & touch less E-ink display and the bright, colourful & touchscreen LCD/AMOLED displays. It’s still a compromise considering that the Miarsol displays aren’t bright and looks washed out, but if they can push the battery life to somewhere close to a week, that’ll be awesome.

But we don’t know yet. Qualcomm was using their own OS and UI on the Toq, so it remains to be seen if Mirasol can bring in any considerable advantage for Android Wear devices as well. For now, the Gen 1 Android Wear devices have disappointed us. Can Apple one-up Google with their iWatch later this summer? Do let us know what you think.