Pebble has had a great success ever since it was funded at the Kickstarter and recently they announced that they had sold almost 1 million smartwatches which is a good achievement. Back in December, the company had announced a beta project to support Android Wear notifications. Today, the company has announced that the public release of this project. This means that any Android Wear compatible app can now communicate with Pebble smartwatch for notifications.

Pebble users have the option to reply and act on notifications right from your wrist. 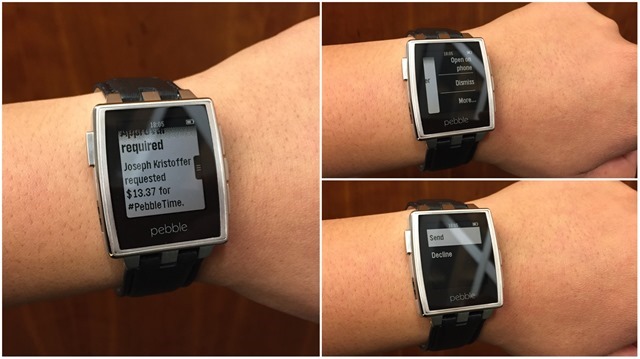 To get this feature, all you need to do is to upgrade the firmware on your watch and download the latest Pebble Android app from the play store. Another good thing about Pebble Android notifications is that it supports even Android 4.0 and above while Android wear supports only 4.3 and above.

Here are couple of videos showing the new feature.

If you use the Pebble smartwatch get started by upgrading your watch.