WWDC is less than a week away and we are seeing some interesting reports of Apple prepping up a smart home platform to let your iOS devices control your home’s lighting, security systems and other connected devices. This report comes from Financial Times and it claims that the new “software platform” will be built into the iOS devices. As with Apple’s “Made for iPhone” program, the new platform will be open to third-party device makers, allowing their gadgets to work on Apple’s automation system. 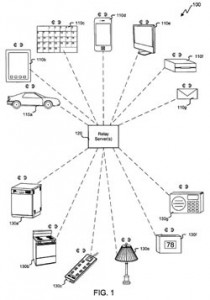 Home automation platforms have been around for a while now and have just started to gain momentum. Apple’s entry should speed up the process even further, as the Cupertino giant is known to help nascent stuff to go mainstream.

A patent filing during November last year had hinted about Apple’s ideas for a home automation system, so this new report which talks about an application which can automatically turn on the lights when an iPhone paired with the system enters a building, reconfirms Apple’s interest in this regard.

What’s interesting to note here is that Apple is looking to integrate the new software platform to not only iPhone and iPad, but to the Apple TV as well. We can expect third party devices like Nest, Dropcam and Philips Hue to start supporting the new central automation platform from Apple.

This move can also be seen as an effort to counter Google and Samsung who have already shown keen interest in Internet of Things. Google recently bought the popular smart thermostat, Nest, and Samsung kicked off its IoT play with a Smart LED bulb with more smart devices expected to be announced soon.

Along with iBeacon technology, the Smart Home platform can help Apple to make a move into the Internet of Things in a big way. Let’s wait for June 2 to see what Apple has in store for us.