Apple Watch: It’s All Down to User Experience Now!

“What’s so special about it? Other devices in the market already have these features”

If I had a penny for every time I have heard those lines being uttered about Apple products, I would have made a little fortune. They were uttered when Jobs showed off the iPhone (“it does not have open Bluetooth, it cannot cut and paste, it cannot forwards messages, it is too expensive”), the iPad (“it is just a large iPod touch and has no real keyboard”), the iPad mini (“what the hell – the Nexus 7 does more for lesser”) and sure as the rain in Spain falls mainly in the plain, they were uttered when Apple CEO Tim Cook formally launched the Apple Watch yesterday. 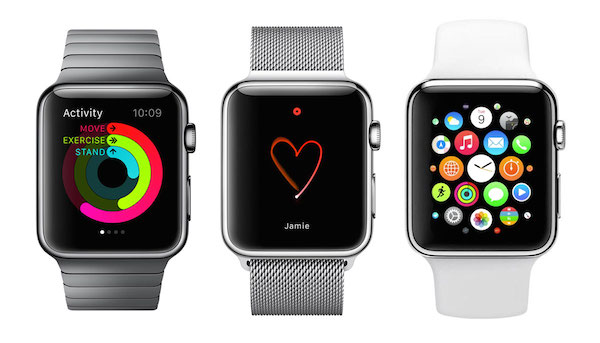 Timelines of rival companies and rival platforms were brimming with smirks and sneers. When Cook said that he had been waiting to make calls from his watch since he was five, a colleague of mine sniggered “Well, he did not have to make a whole damn new watch for that. LG and Samsung had cracked that a long time ago!” The Pebble fan crowd dissolved into giggles when Cook talked of “All day battery” (“Oooh amazing! We have to do with all week battery only,” one sniped), and no, not too many were surprised when the fitness and notification features were shown off either.

“Android/Pebble/Samsung/Garmin etc. already has that” was a refrain that became heard online increasingly as the presentation wore on. And things did not get much better when the premium ten thousand dollar edition of the watch was announced. Many people kept waiting for that one moment of magic that would mark the Apple Watch as markedly different from anything the competition has to offer, but going by general reactions, that did not come around. By most accounts, the Research Kit and the MacBook had more surprise value than the Apple Watch, which was actually supposed to be the star of the evening.

So, is the Apple Watch just a routine product and not the wearable revolutionary that many had expected it to be?

It would seem so based on the reactions of the rival camps, which term the watch as too expensive and having no killer feature to distinguish it from the competition, which offers similar (and in some cases more) features at relatively low prices. We have used Android Wear devices and Pebble for a while now and yes, on the surface, we concede that we did not see anything path-breakingly different in the Apple Watch (the idea of sending sketches and heartbeats is coochy cooey, but not killer)

And yet. And yet. We refuse to write off the Apple Watch.

The reason can be summed up in two words: User Experience.

And yet, both devices won me (and more importantly, the world) over. Simply because unlike the competition, they were so easy to use. The UI was easy to understand. The touch was not laggy. There were some very interesting effects. The whole device felt good to use. Yep, those magic words: user experience.

Which is why we are in no mood to write off the Apple Watch yet. Because while we have no doubt that other devices will do as much, and maybe more, experience tells us that the Apple Watch will do them differently. The big challenge is whether that “differently” will be perceived as being better than what the existing players do. We got a taste of that when users told us that the watch paired with an iPhone using the camera – no fiddling around with Bluetooth passwords. And the few people who managed to get their hands on the watch claimed that its touch was better than anything they had seen on Android Wear – of course, that is only what they say, we ourselves have found the Android Wear experience decent if not exactly compelling.

So, no, even though Tim Cook did not pull out a rabbit from the Apple Watch hat yesterday, we think that it would not be fair to judge the product purely on the price of its most expensive edition or feature set. That said, one can safely conclude that the Apple Watch will not be fighting on price and feature set. It will be fighting on a battlefield where Apple has claimed some of its greatest victories.

And it would take a fair bit of courage to bet against it.

In 2007, a brash writer I know very well had ripped the original iPhone to shreds, saying it was a shockingly poor product coming from Apple and that a Nokia E51 costing less than half of the iPhone’s price could do more. He wrote that article based purely on Steve Jobs’ presentation and the phone’s spec sheet.

The whole episode taught us a valuable lesson: do not write off a product without using it thoroughly. Because user experience transcends tech specs, benchmark scores and price tags. Perceived value trumps Dollar price every time. And most importantly, the reviewer is an analyst, and not the customer.

It is a lesson worth recalling in the context of the Apple Watch.

You see, I was that writer.

This was a guest post by Nimish Dubey. Nimish is the contributing editor at Technology Personalized. He has been published in a number of publications including The Times of India, Mint, The Economic Times, Mid-Day and Femina on subjects that vary from tech write-ups to book reviews to music album round ups.

Selected few authors who are experts in their fields are invited to write guest posts on Wearables Arena, and they help in bring an outsider/fresh view to things on Wearables and IoT.