At the IFA 2014 in Berlin, ASUS had announced its first wearable device, the ZenWatch, produced in partnership with Google and runs Android wear. The watch comes with a version of the ASUS ZenUI user interface developed specifically for ZenWatch. This watch can pairs seamlessly with a smartphone running Android 4.3 or higher to provide relevant and useful information and also to serve as a personal wellness manager in conjunction with the ASUS ZenUI Wellness app.

Now, according to reports, the Asus ZenWatch will go on sale in US at Best Buy on November 9th. Initially it will be limited to Best Buy but later it will launch on Google Play in the U.S., at a price of $199. 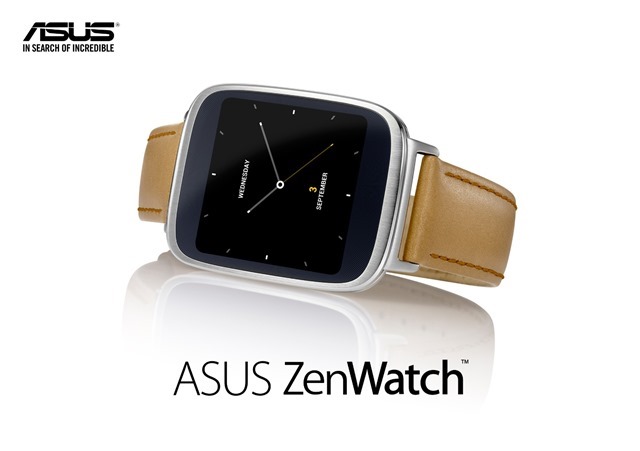 The ZenWatch comes with soft genuine stitched-leather strap and quick-release clasp. The watch has a 2.5D curved glass with a smooth and responsive touch experience. ZenWatch comes with a selection of instantly-changeable software watch faces, allowing users to customize ZenWatch easily to match their style.

ZenWatch is one of the most interesting offering in the wearables platform and we also covered 10 best features of the ZenWatch.

At $199, ASUS ZenWatch is cheaper than many competitors like Moto 360 and LG G Watch R. There is no mention on the global availability as of now.

Previous: Samsung Gear S Available in Official eStore in India for Rs 27900
Next: HP Shows How a SmartWatch Should Look Like with the New MB Chronowing