Carbon is the First Smartwatch which can Charge your Smartphone

One of the major issues with Smartphones, which hasn’t found a good solution, is the battery. Although there has been great improvement in the hardware of smartphones, battery performance hasn’t had a big leap. We have seen many Smartwatches getting released in the past few months and is expected to increase in the coming months. 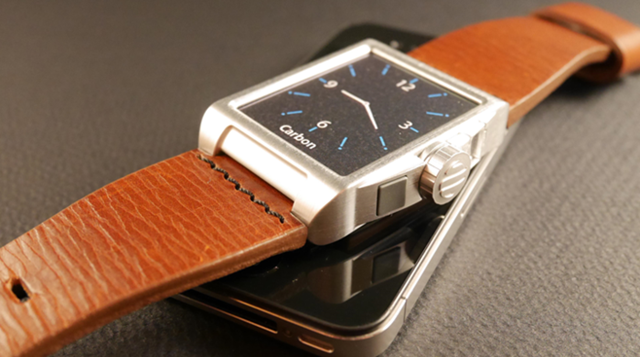 When you look at the watch, it looks similar to any analog watch, but it comes with a high tech solar cell which can charge the phone using indoor and outdoor solar energy. Inside the watch you have a 600-800mAh battery which can give an additional 3 hours backup to your phone. The central button can be unscrewed to make way for the mini charging cable for connecting to phones. You can also charge Carbon using it. There is also a button which turn on or off the charging and the flashlight included in the watch. There is also a multi colored LED indicator for watch battery. 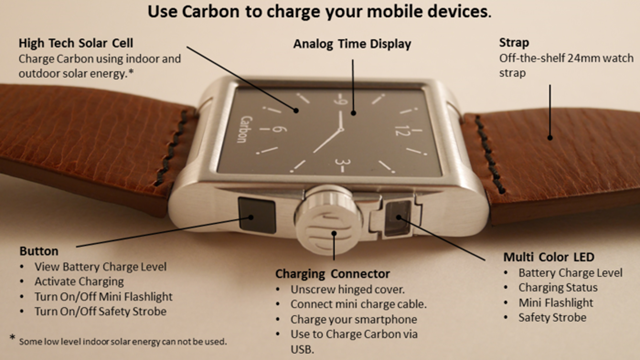 Carbon’s energy output of 1 Amp and 5 Volts is designed to power many mobile devices. This includes a variety of smartphones, cameras, and many other devices that are charged by USB. Carbon is also rated as dust and water resistant.

Here is a video of Carbon.

You can back Carbon project at Kickstarter and the minimum pledge is $95 for the watch. The company is offering two case finishes including one with a brushed metal that we refer to as ‘Slate’ and the second with a black PVD coating referred to as ‘Coal.’

Previous: Kreyos Meteor Smartwatch Misses Another Shipment Deadline, Now Due in May
Next: Smarty Ring Brings Instant Alerts on your Finger