FitBit has earned its ranks when it comes to wearables thanks to its intuitive approach towards fitness and the ability to challenge friends. The company has now pulled the wraps from its latest smartwatch, the FitBit Blaze. 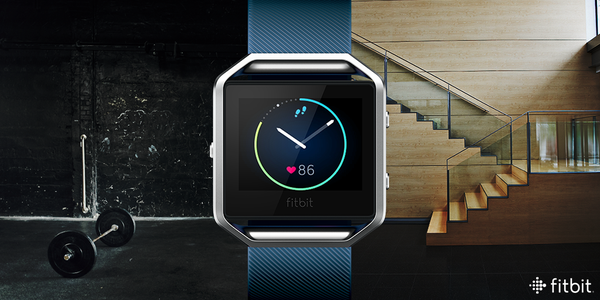 The FitBit Blaze doesn’t look anything like a fitness tracker and instead it resembles a run of the mill smartwatch already in the market (*cough* Apple *cough*). The matte finished bezels and the square display impart a quality feel to the watch. The FitBit Blaze would be integrated with the companion app available across multiple operating system. That being said the Blaze will still be pitted against the established players like the Apple Watch and the Android Wear thus making it a new turf for FitBit altogether. Adding to that is the fact that Apple executed a greater degree of control over its apps thus making the integration of the FitBit app difficult.

FitBit Blaze will show the caller ID, incoming texts, calendar notifications apart from which it still aspires to become the best fitness tracker helping people get back in shape. FitStar app will also offer on-screen instructions to the folks at the gym using their FitBit Blaze. Additionally, the smartwatch will also boast of a continuous heart rate tracking feature, a thing they call PurePulse. The SmartTrack feature tracks how you are working out and adjusts accordingly thus customising workouts for individuals.

The Fitbit Blaze will retail in three colours including blue, black and plum. The bands will be made from both elastomer and leather along with the ones with metal link bands. Blaze will be available from March 1 priced at $199.95. Now we just hope that FitBit comes with an updated software which would also beam notifications from the third party apps something which the Pebble is known for. The caveat however lies in the fact that it is nowhere mentioned if the FitBit Blaze is actually water proof or not which instantly turns it into a sort of sour deal for many.