When it comes to tracking steps, how much you walked all day, how many floors did you get up there is one company which dominates this particular segment–Fitbit–which has over 70% of market share, and not just because they stared early, but they are reliable as well.

Fitbit recently announced Fitbit Charge, Charge HR and Surge as their new device line up which not only ups the game to get closer to smartwatch, but also makes sure the trust in the company stays as the wearables market is really getting competitive.

Today, we take a look at Fitbit Charge which I have been using over 10 days now and help you decide if you really want to stick with Fitbit Flex, or wait for Fitbit Charge HR or this is the right choice for you.

Features: What can it track ?

It can track steps, distance walked, calories burnt, your sleep pattern and how many stairs you been taking every day.  All this sounds same as what Fitbit Flex can do except for the stairs count but here is the deal, it also comes with watch feature and a display panel. 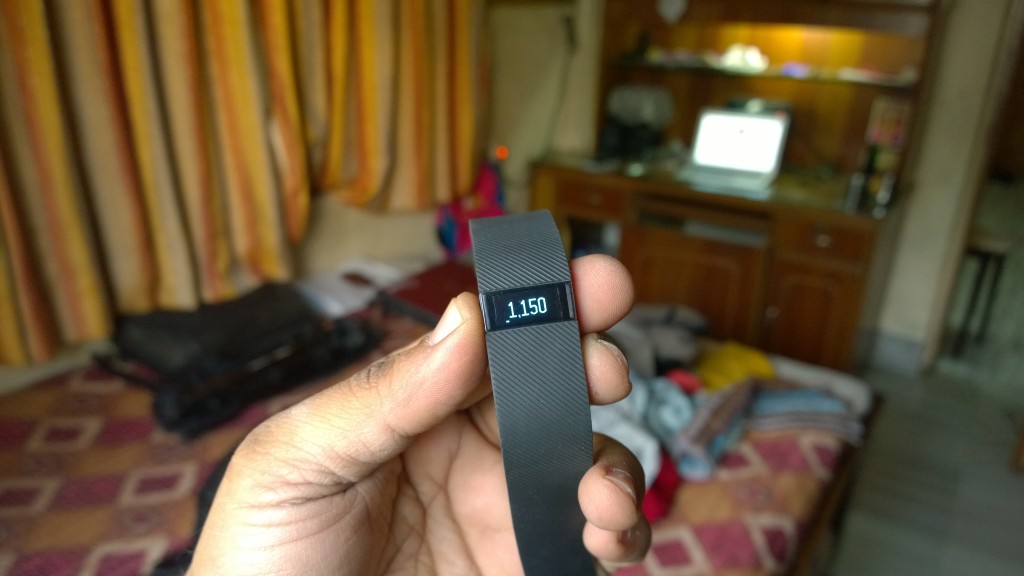 Design and Build of the Band

Fitbit Charge is a wrist-worn tracker which surrounds the actual tracker in a decent looking rubber strap and a small OLED display. So all the features which you saw above can now actually be seen than just guessed.

The strap is designed nicely with stripes running along it’s front side and it comes in three colors. Its flexible and made up of durable elastomer material similar to that used in many sports watches. The clasp is made up of still and delivers solid grip which makes sure there is no chance of this slipping off your wrist. If you ever wanted to clean the band, make sure to use something which is non-soap. I mostly used wet cloth which works out well. 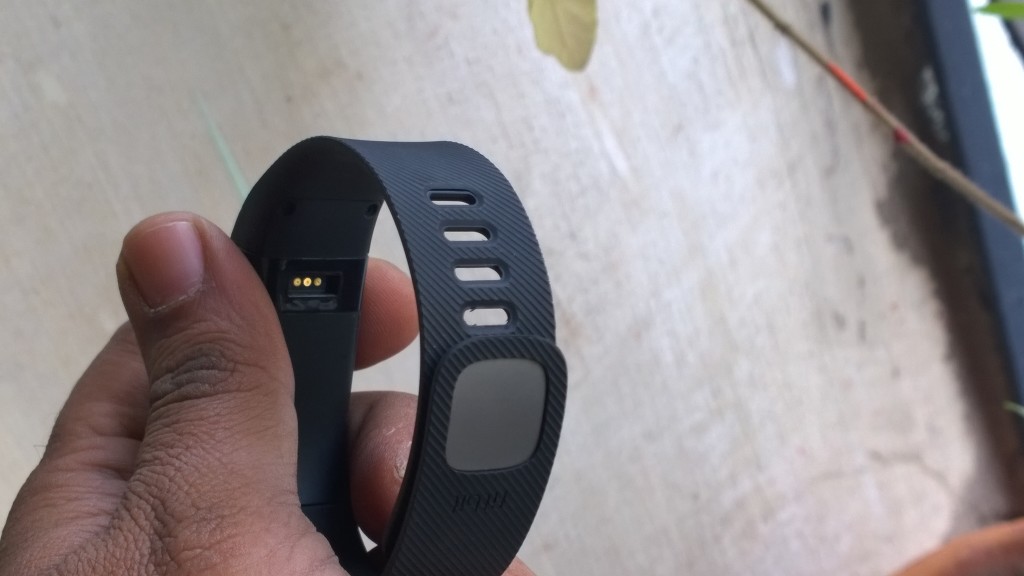 One thing the overall quality of this band assures is longevity. As the tracker doesnt need to be taken out to be charged, you will be bending it less, and chances are you would be taking it out, once a day. The strap has the right thickness to balance. 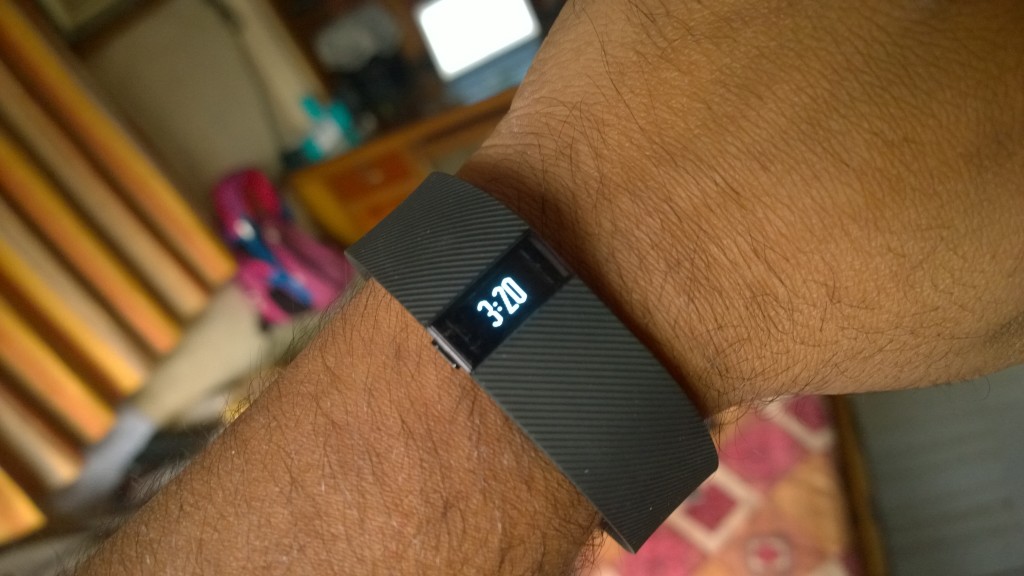 Battery Life : How long does it last?  How Easy it is to charge it?

This is a huge plus for the tracker. It lasted for more than 12 days for me over a single charge. This comes in very useful when you are on a tour, and don’t want to miss on step counting.

It comes with custom charger with a USB at one end. When compared to Flex, you don’t have to take out the tracker and put it in a cradle to charge. Instead you need to hook in the custom charge in the rear and connect with wall charge or laptop USB port. 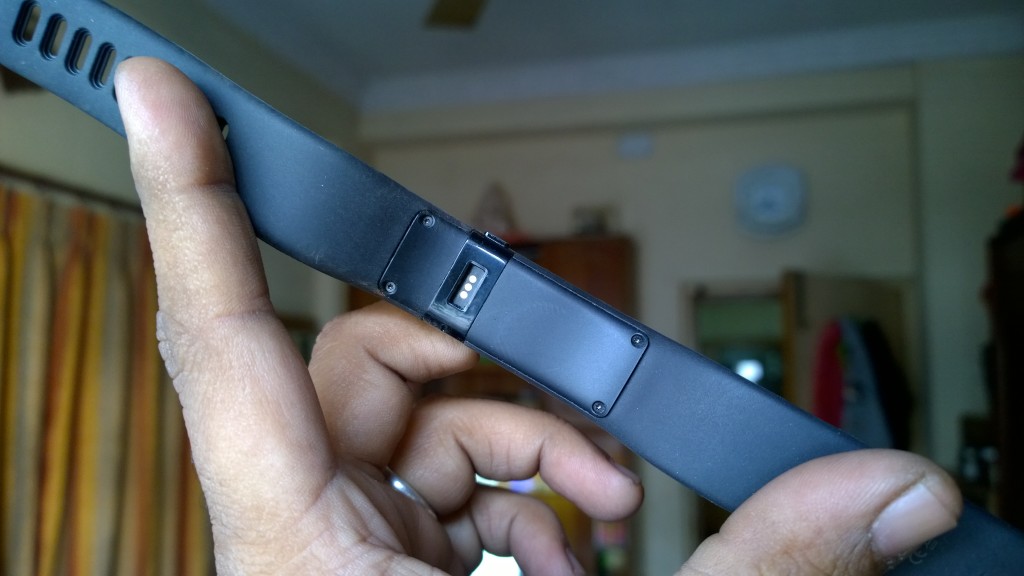 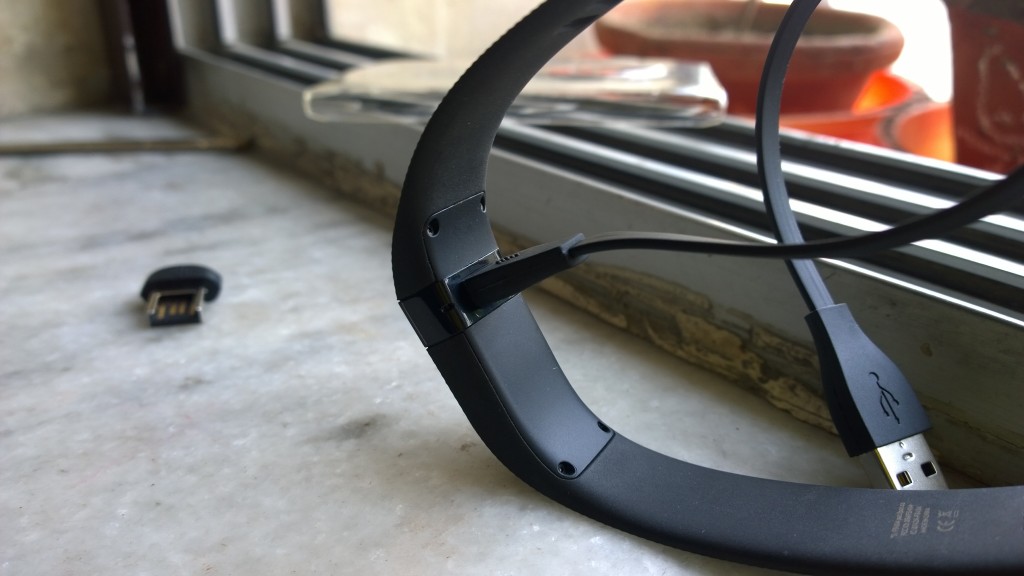 This is way better as it makes sure you don’t forget your tracker in the charger, the band doesn’t go under constant wear and tear and it looks better.

There is a Fitbit app for Android, iOS and Windows Phone 8.1. While the company claims that it works with 120 Mobile phones, it needs Android 4. 3, iOS 6.0 or later and Windows Phone 8.1 along with Bluetooth Low Energy mode is needed. The app can be installed without these feature, but the option to sync is disabled.

The app allows you check your daily stats, check on your friend’s stats and participate in competition. Depending on the version of the app and platform, you should be able to log food and steps manually.

There is no need to manually activate sleep tracking in Fitbit Charge. It automatically does this by tracking your idle time and how close is the band to your body.  This is very useful for those who have trouble sleeping and they want to know how much restless they where last night.

There is one small disadvantage though. On one of those lazy days, where you just couch sit all day, without moving much, it may track that as sleep.

Compared with Fitbit Flex? Is it worth Upgrading ?

Overall, it’s a must upgrade for flex users, and should be the choice for this starting with Fitbit. There is another version of this, Charge HR, which can track heart rate. If you are a runner and need that, go for that as the experience will be almost the same.

This is an amazing fitness tracker which has nice build quality, amazing battery life and also includes watch. iPhone and Android users can also get call notification. Highly recommended for people who are into fitness

Previous: Microsoft Band is Just in Time for Holidays; Run for the Microsoft Stores
Next: Alcatel Announces OneTouch Smartwatch