Fitbit Force was announced by the company in October 2013 and it was an advanced tracker. The Force tracks a number of statistics in real-time, including steps taken, distance travelled, calories burned, stairs climbed and active minutes throughout the day. At night, the Force tracks sleep and can wake a user silently with a vibrating alarm.

Recently, some Force users have reported skin irritation. While only 1.7% of Force users have reported any type of skin irritation, the company has stopped selling Fitbit Force and is now recalling the devices. So rumours have already started on the new version of the Force which the company is working on. Now we have some leaked details of the new Fitbit Force by evleaks. 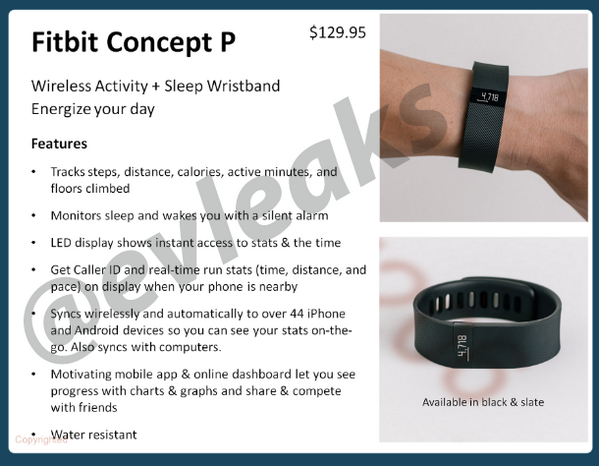 The leaked image shows the new Fitbit Force which will be available in black and slate colours and will be priced at $129.95. The device can track steps, distance, calories, active minutes and also the floors climbed similar to the original Force. The device is also water resistant and can sync wirelessly to iPhone, Android and also PCs.

There is no mention on the expected release date, but it should happen in the second half of 2014.