Posted by: Ashish Mohta in Health and Fitness March 24, 2015

Fitbit Surge is the first fitness tracker from the company, which competes with smart watches out there on feature basis. While the major goal of the company stays the same–Fitness Tracking–and now they are rolling out an update which brings in two new features: 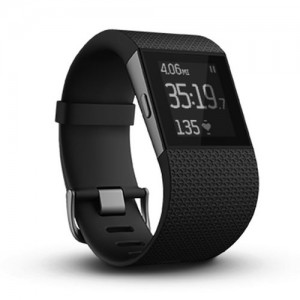 If you happen to have a couple of bands from Fitbit, switching wasn’t easy. You need to unlink the previous device and use the new one. While its ok for most of the users, looks like some of you wanted to use the one you want, and when you want.

Fitbit is rolling out multi-device tracking which lets you switch between trackers and continues to track from that device. So if you thought you would want to keep the Fitbit flex tracker in your pocket when on work, and Fitbit Surge when at office, you will be able to do that. We are yet to see how these devices will switch.

Coming next month, Fitbit will enable cycling support to Surge. This will help cyclist better monitor their rides. Distance, duration, average speed, calories and even heart rate will be tracked for cyclists now and synced to the mobile apps. Your rides will be tracked on a map, see by-the-second stats and zoom in maps for more details.

Source: The Next Web