Google is Working to make Android Wear Compatible with iPhone

Google’s OS for the wearables platform, the Android Wear is close to becoming compatible on iPhones. According to a report on The Verge, Google is almost in the finishing aspects of the program. If Google releases the Android Wear app and Apple approves it, then this would bring in tough competition to Apple Watch which is slated to release soon. 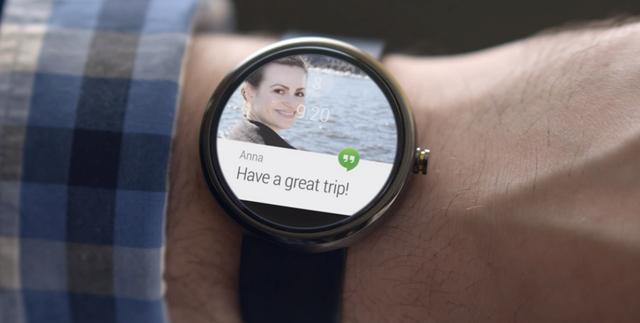 Android Wear works along with a companion app on the iPhone and supports basic functions like notifications and also has support for Google Now. There might be even option to reply to emails on Gmail from watch.

But the bigger question here is whether Apple will approve the app or not. Apple still has a developer guideline which mentions the name of any other mobile platform is not acceptable in the app or metadata.

We will have to wait and see how Android Wear development progresses and Google might have something big for this year’s Google I/O conference.