Home » Health and Fitness » HexoSkin : Will It be The Next Big Thing in Sports Wearables ?

HexoSkin : Will It be The Next Big Thing in Sports Wearables ?

Posted by: Ashish Mohta in Health and Fitness April 24, 2014

When it comes to wearable, one really needs to go beyond watches and fitness bands. It could be literally anything, right from shoes to earplugs with smartness inside it. While every other company into this arena is building trackers which can tell you about your heart beat, steps taken and calories burnt, HexoSkin just takes on all of them with its surprise element.

It’s similar to the tank top or the shirt which you see joggers wearing and running around the park, but its smart and packed with sensors to monitor every aspect that can be useful for your body fitness. Right from ECG, HRM ( Heart Rate Monitoring) to Breathing rate to G-Force tracking. It takes on the fitness tracker with its inbuilt pedometer, activity level tracking and steps. It can even track your sleep, if you plan to keep it on. 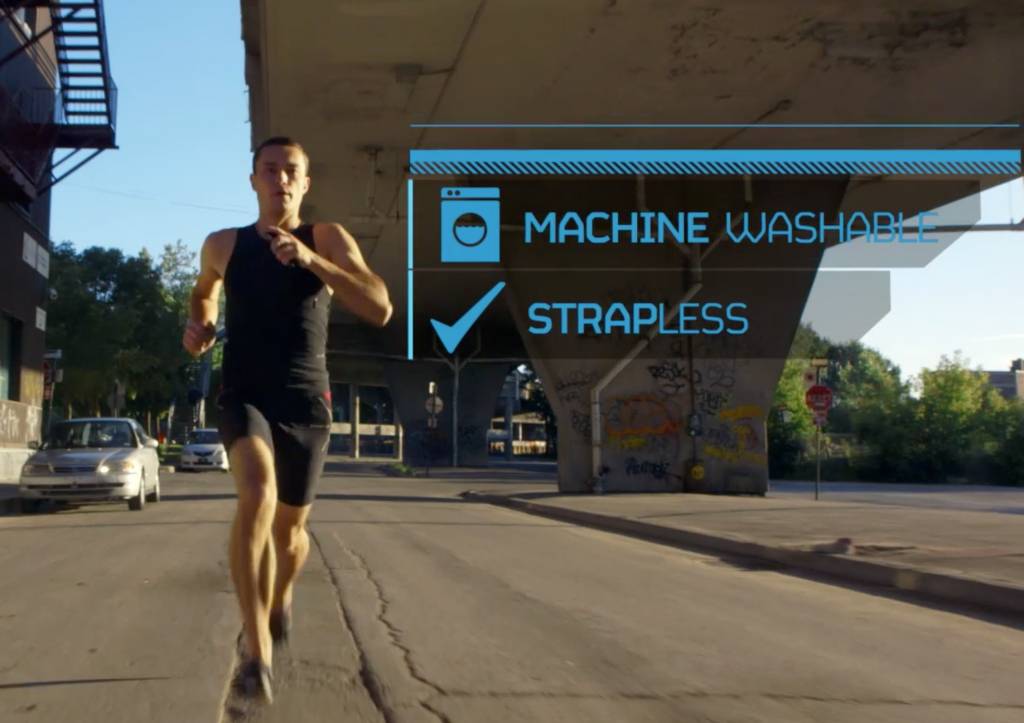 What really makes the idea attractive is its simplicity. Just put it on and move out for your regular activity without worrying about an expensive piece of gadget getting lost or anybody looking at you with funny feeling of you talking to your wrist.

How does it work ?

Its full of sensors, just that it doesn’t look ugly like those one you at hospitals with wires moving in and out of your body. The monitoring sensors send all the data from different points of your body to a  central sensor connected to it and fits in your pocket. The data collected can be monitored directly on your phone or even remotely when it’s connected with the cloud. 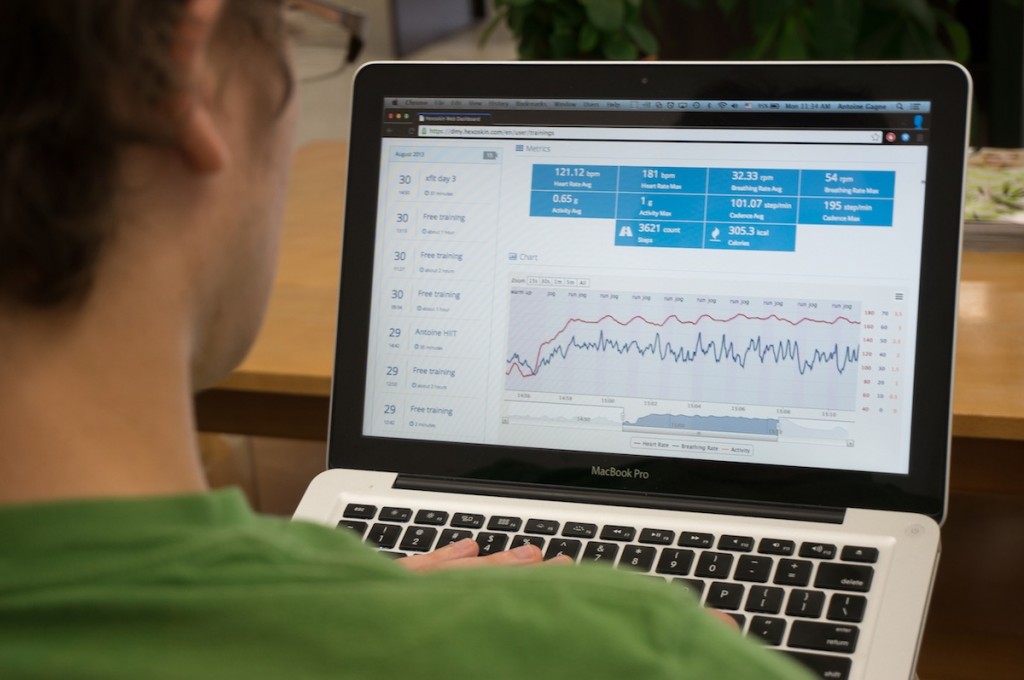 One of the case studies show cased in the official video explain the accuracy and amount data it tracks. One of the Snow Skier wasn’t breathing while jumping and the coach knew it. Imagine a team of hockey player wearing it and the coach knows whom to call in when they see a player getting tired. It is also being used in Hospitals to monitor symptoms of patients. So now instead of putting hundreds of sensors, they can just wear HexoSkin and be comfortable.

How Open is HexoSkin with Third Party Apps

Its expensive and its for users who take sports and fitness activity very seriously. As of now its being used with Sportsmen participating in international sport events and even with Astronauts.

Priced at 400 USD, it’s almost close to the price of Samsung Gear 2,  or any other smartwatch & fitness tracker with HRM coming in the market. Not to mention that you would end by spending another 200 USD if you want to wash one and user other every day. 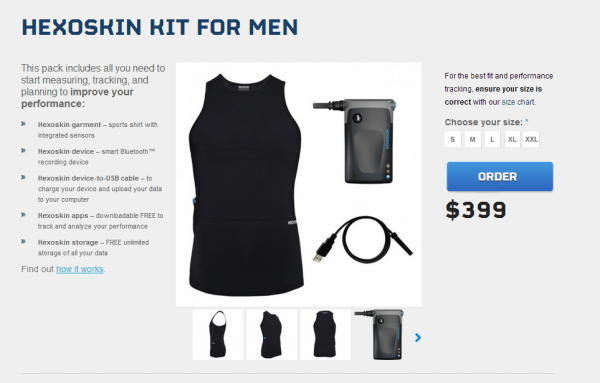 So how does this justify the price? It doesn’t. If you just need a fitness tracker, Fitbit Flex like trackers are good enough. However if you want a check-up service to be along with you, HexoSkin is what you should be looking at. That’s one reason, I said, you really need to be serious to buy it.

2014-04-24
+Ashish Mohta
Previous: Smarty Ring Brings Instant Alerts on your Finger
Next: SuperShoes Helps You Find Your Way by Tickling Your Toes