HTC just announced its new smartband, HTC Grip, a 5 precision sensors including GPS in partnership with Under Armour, a company which delivers the most innovative sports clothing, athletic shoes & accessories.Looking at the pictures, and impressions that we see people attending at MWC, the product looks impressing and might give some competition to brand like Fitbit which owns 70% marketshare of fitness bands. 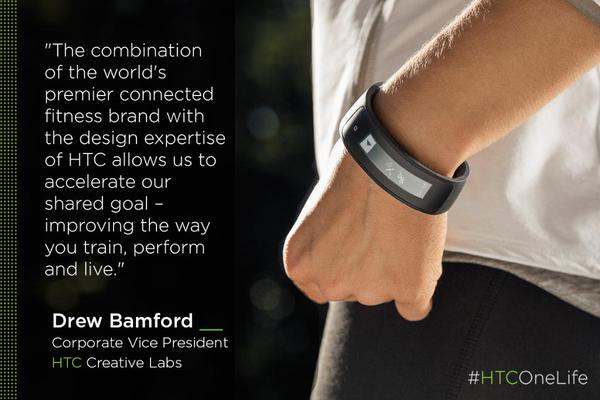 The band of some reason reminds of Nike’s Fuel band and the best part of grip is its a cross platform device which you can use Android and iOS. While the design is not revolutionary, its a great attempt from the company with Curved Display which spans almost 70% of the wrist is going to be common in future. The tracker will track steps, calories burnt, running, cycling and so on. There is no built in Hear Rate Monitor.

HTC Grip goes on sale in the US for $199 this spring, and we expect a limited number to show up on sale, just like MS band to understand if the market is really moving towards wearables.