While most of the fitness trackers are limiting to step counting, calories burnt and heart rate monitoring, Huawei, is going to showcase a smartband which is 4.5 G i.e. LTE-M enabled. While this is first of its kind, it is also 2 step ahead of every smartband out there. It will be able to connect with IoT devices letting you control everything from the band.  I expect an integration with Nest here. The fitness tracker will be also able to track a wearer’s fitness levels and heart rate. 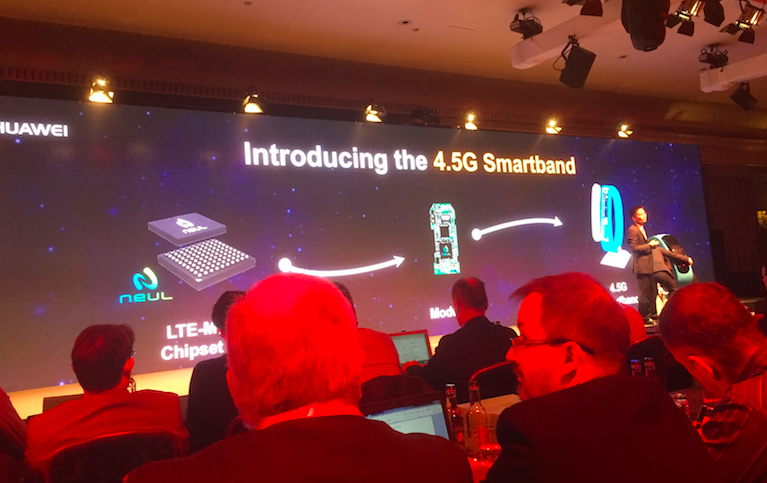 The IoT thing makes it a lot interesting. The bigger question is — Will it be able to handle it? According to Huawei, 4.5G supports up to 100K per cell connection via LTE-M which is hundred times what 4G can handle. There is also a better coverage with this network, making sure to get the job done, when you want it. It is also energy-efficient as receivers require just 1/100th of the signal of existing 2G system, 20dB gain, using low-power terminals.

Looking at the image above, it has a close resemblance to Talkband B1 which was launched last year at MWC 2014.  Talkband B1 has curved OLED display, but came with only 90mAh battery. We expect the new band to have a lot better battery power to compensate for the LTE support.