Posted by: Nirmal TV in Internet of Things January 7, 2015

Cameras are getting smarter and also portable and now they are getting into wearables as well. Here is a new wearable camera from iON, called SnapCam. At 1.5 inches square and weighing in at less than an ounce, the SnapCam attaches directly to your clothes with a clip or magnet. And when you’re ready to shoot, just tap the SnapCam once, twice, or three times for immediate stills, video, or live streaming.

The camera is equipped with both Wi-Fi and Bluetooth and can wirelessly connects to a smartphone so videos and photos can be uploaded and shared on the spot. 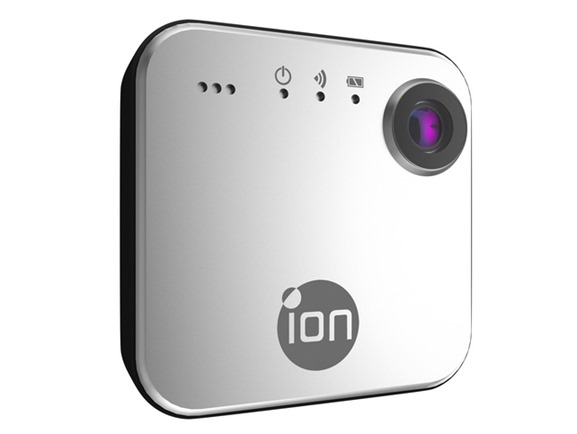 Single tap on the camera takes pictures using the 8MP camera, double tap does HD video recording and three taps gets you live streaming if connected to Wi-Fi. The output from the camera can be saved to the micro SD card which supports upto 32GB. SnapCam can shoot 5,000 photos in time-lapse mode, record two hours of video, or shoot one hour of live streaming on a single charge, all with seven-day standby time.

Here is the technical specs of SnapCam:

The SnapCam has a brushed metal body and comes in gunmetal grey, black or white and can be customized with colored bumpers. iON has also released SnapCam Lite, which offers similar features but without Wi-Fi. SnapCam will sell for $149.99, while the lite version will cost $79.99. Both cameras will be available in the second quarter of 2015. More details available here.

Previous: Magellan Announces Echo Fit Smartwatch with 8 Months Battery Life
Next: LG’s Next Smartwatch will have Open webOS instead of Android Wear