In a Patent filed by Apple in 2011, details about their rumored iWatch, or as Apple prefer to say it, iTime, is pointing towards lot of things we may get to see in upcoming announcement by Apple on September 9th.

That said, Apps is playing a long-term game than a short one. Having a Watch in hand which can connect to anything and let one experience is interesting. So if you are wearing a golf, a glove can connect with your iTime and keep track of every move you make and lets you see all that via an App. The glove can come with an accelerometer and all it needs is hook itself to one of the slots on the band. 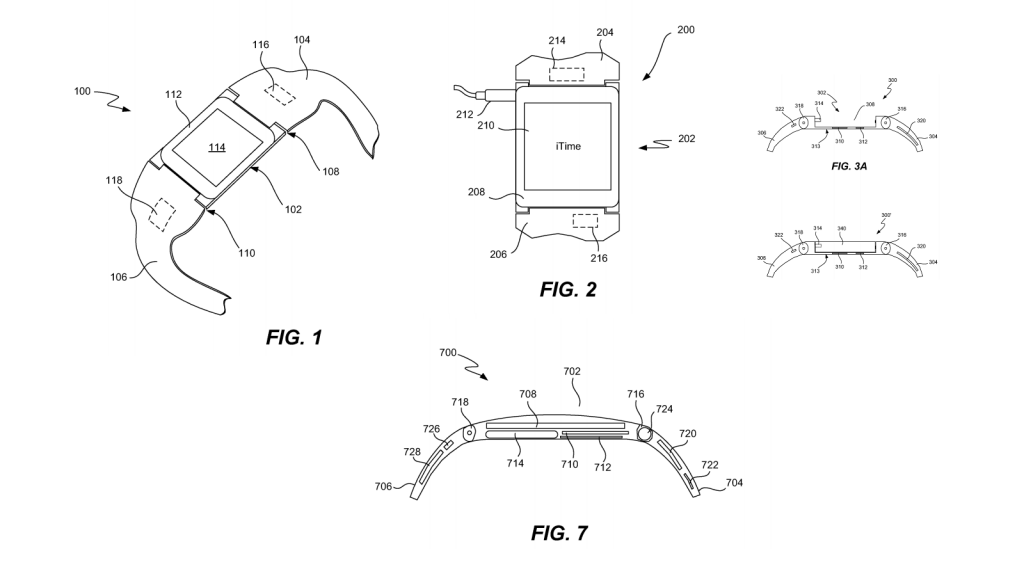 It can be even extended in the medical system where a sensor can be placed on the watch, the patient and doctor both can see it when they want and things can go wireless. IMO there is also a possibility that Third Part Wristbands might also show up which may let you slide in your time module and work a little differently.

The next thing that hits the mind is fashion. being moduler, fashion designers may be able to support iTime and let users slide in their iTime into one of the fashion jewelries.

More at USPTO | via Source

Previous: Android Wear Will Become More Independent in Future
Next: ASUS announces its first Smartwatch, the ZenWatch Priced at €199