Home » News » Kreyos Meteor Smartwatch Misses Another Shipment Deadline, Now Due in May

Kreyos Meteor Smartwatch Misses Another Shipment Deadline, Now Due in May

Kreyos Meteor made a huge splash in the blossoming smartwatch market last year when they went live on the crowdfunding platform, Indiegogo. Touted as the world’s first smartwatch with voice and gesture control, Kreyos found huge acceptance amongst the community, and was able to raise more than $1.5 million during its two month long funding period, which was well over the $100,000 funding it was seeking to start with. 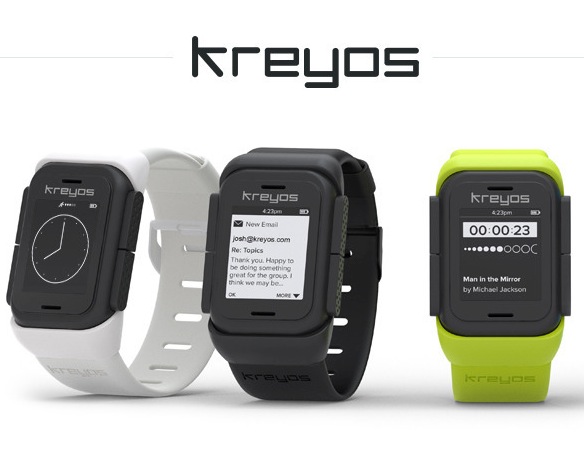 At that time, the competition was minimal, with Pebble hogging all the limelight. Kreyos was supposed to ship the smartwatch to the Indiegogo backers back in November 2013, well before the holiday season, but not to be. The company ran into trouble with a muffled speaker and had to delay the shipment to January. When everyone was gearing up to receive their loved smartwatch at the start of the year, the company found a new issue with the mic and speaker creating an echo during active phone calls. The shipment was delayed till April.

And today, Kreyos has sent an update to the backers informing them that they have failed to get the structural modifications done for the Meteor’s enclosure, and hence will be delaying the shipment to May second or third week. So that puts the overall delay to close to 6 months, considering November 2013 was the original shipping date. The company says:

Announcements like this are never easy to make and we honestly share everyone’s disappointment in not being able to ship this month. However, we firmly believe that this is the only right thing to do and the entire team remains confident that once we do ship, with ongoing, parallel developments to our mobile and web applications you are going to receive a superior product and still come away with the best-in-class health and fitness smartwatch in the market.

It’s important to note that another crowdfunding hero, Pebble, too had issues with keeping up with the promised shipping dates and was delayed for almost an year before they started shipping. Being startups, it’s not an easy job to get the product out on time. Unfortunately, in Kreyos’ case, the issue has been with transparency and honesty. As one backer, René Bruns puts it:

At least for me it’s less the continuous delays but more the dishonesty of the Kreyos Team. Only yesterday they said they are on track for delivery in April and today they announced that it will take 10-15 days even after the speakers arrive. Don’t tell me they didn’t know that yesterday! Honestly: I prefer a good and honest communication over some free giveaways and discounts.

Ever since the announcement of the latest delay was made, there have been several requests for refunds being made on the comment section of the project’s page on Indiegogo. Many of them are clearly unhappy with the non-transparent communication. But luckily for Kreyos, there are enough people who are willing to give them another chance. Watch out for May 15th.

Previous: hereO is a GPS Enabled Watch for Kids
Next: Carbon is the First Smartwatch which can Charge your Smartphone