Ahead of the MWC 2015, LG has announced their new smartwatch, the Watch Urbane. LG Watch Urbane comes with ability to make calls, send messages and get Push-to-Talk capability all without a smartphone. The new smartwatch will be unveiled at Mobile World Congress (MWC) next week in Barcelona, Spain.

The main highlight of the watch is the 4G LTE support which includes voice calling as well. 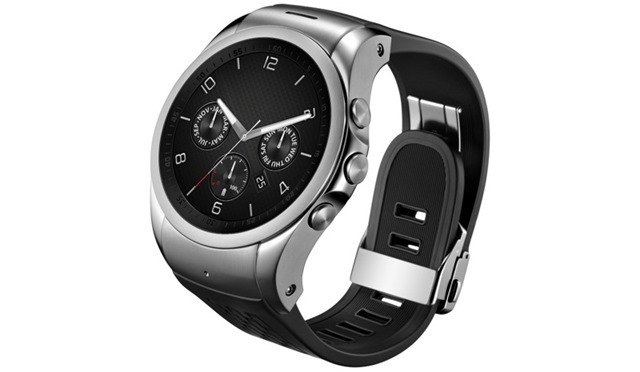 Another important aspect about the watch is that LG has ditched Android wear and gone with their own custom OS for this smartwatch. The watch sports a 1.3-inch P-OLED (320 x 320 / 245ppi) display and is powered by Snapdragon 400 chipset with 1GB RAM and 4GB storage. It also has Wi-Fi and Bluetooth support along with 4G LTE.

LG Wearable Platform operating system is developed specifically for the company’s proprietary wearable products. Three physical buttons on the right side of the smartwatch allows for easy access to a number of functions without having to swipe through multiple menu screens. The top button accesses the Quick Setting menu where the user can check and adjust battery usage, brightness, volume and connection settings. The main center button switches between the watchface and list of installed apps. The bottom button acts as the “Back” function when depressed quickly but becomes a safety beacon when long-pressed, automatically dialing any preset phone number as well as sending the location coordinates of the wearer.

There is no mention on the pricing as of now and the watch might be available in March after the MWC.