The LG G Watch is one of the eagerly awaited smartwatch for this year after the company announced it earlier this year and will come with Android Wear which is made specifically for wearables. In an official announcement, the Korean company said that it plans to launch the LG G Watch in June with an estimated price tag of 199 Euros. LG G Watch comes with ”Always On” and Water resistant feature which we had covered on this blog.

Now we have detailed information on the specs of LG G Watch which was leaked recently. The leaked specs mentions that it is powered by a Qualcomm APQ8026 processor with Bluetooth 4.0 and a 400mAh battery. 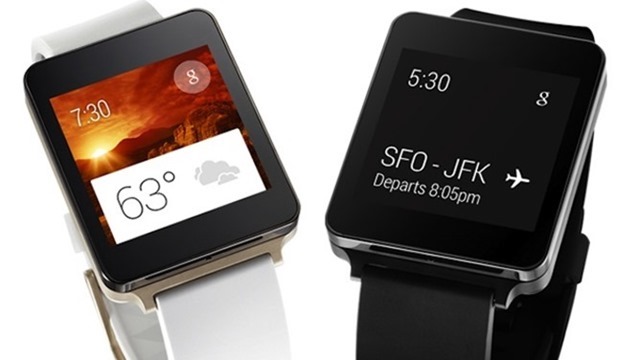 It also has touch sensor, pedometer, light sensor, and tilt sensor and comes with a standby time of 36 hours. The device will also feature 4GB storage along with 512 MB of RAM. The exact dimension of the watch is at 37.9 x 46.5 x 9.95mm and will weigh in at 61 grams.

The display has a resolution of 280 x280 with a screen size of 1.65 inch and it is a LCD display. The phone will run on Android wear which does have some great options like voice commands for memo, SMS and notifications.

There is also rumor that Google I/O attendees will also be getting a LG G Watch.

Previous: NEX Band is a Modular Wearable Device with Attachable Charms
Next: Myo is an gesture-controlled armband, now available for Pre-order