Justifying 200$ for a watch can be debated but if you took a step back because of the pricing of Android Wear powered LG G Watch, here is an offer that gets you 25% discount on the existing price.  Google Play Store (US Only) has rolled out “Special Fall Savings” which gets you 50$ discount on the watch which is now at $179. That said, the offer will end on 23rd September which is 2 weeks from now. 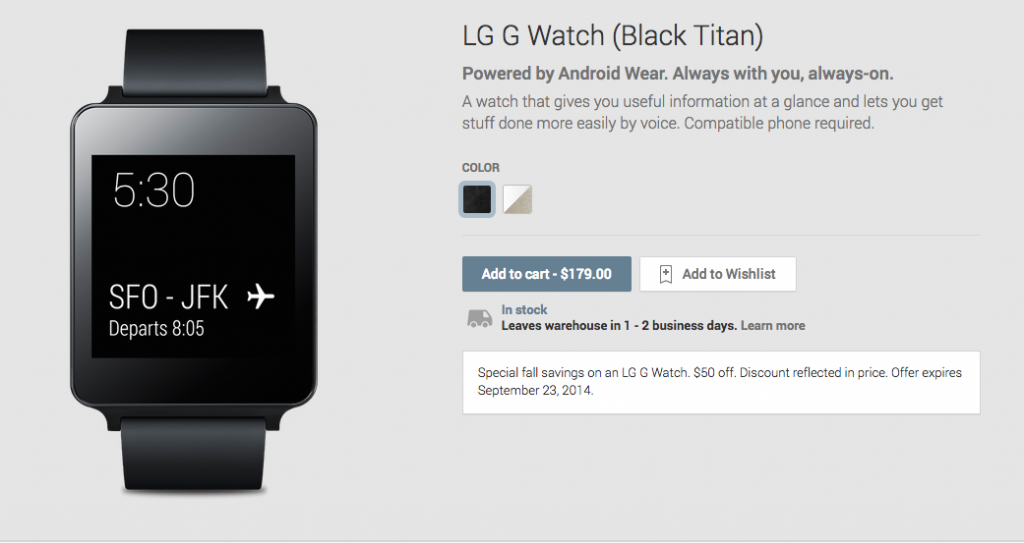 LG recently showcased their G Watch R at IFA, which brings the charm for people who love circular watches but honestly there is no way it gets better unless more features rolled out for Android wear.  Plus all the next gen are available ridiculous price of 299 Euors which make it even more costly.

Now, before you actually start speculating, its not Apple Watch effect which is due next year, but looks more like a clearance sale as LG announced the new watch. So, if you are keen to try the Android Wear, this is a good time to grab it up.

Previous: Apple Watch Will Not Give Android Wear Sleepless Nights… Yet!
Next: Android Wear Review & Our Experience with the LG G Watch