This came out as a big surprise and damn fast. Google announced LG G Watch and Samsung Gear Live, 2 new Smartwatches running on Android Wear and now, LG G Watch is available on the Indian Stores of Google Play for Rs 14,999 while Samsung Gear Live is listed coming soon with price tag of Rs 15,999. This is a big news for India.

LG G Watch comes in Black Titan and White Gold and starts shipping on July 7th if you place your order right away. While we knew LG would stick to their policy of getting internationally announced devices faster, this was way to fast. LG G Watch Specs are interesting except that the battery life is being claimed only 36 hours which is not a surprise because it only has 400 mAh of battery. The best part is that these watches are water  and dust resistant. 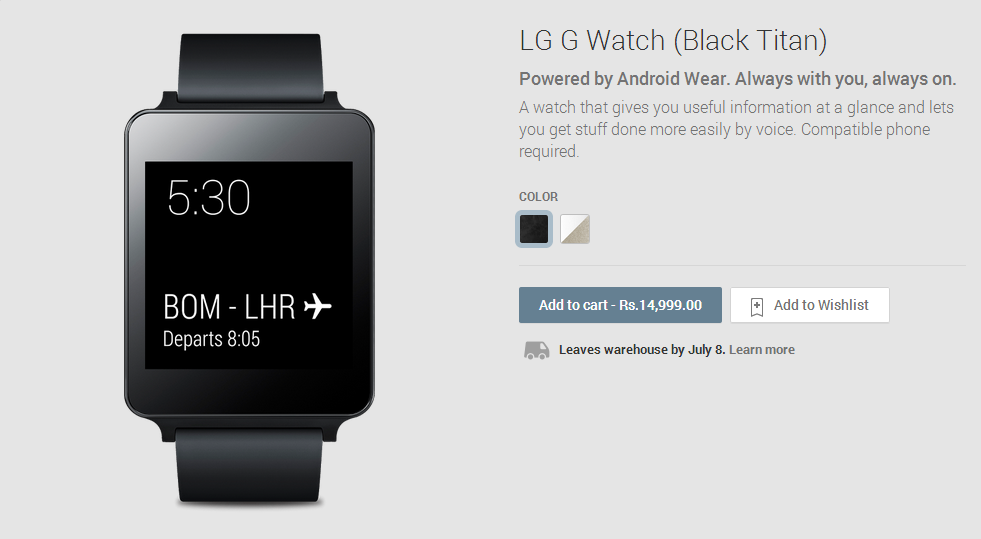 Previous: Samsung Announces Gear Live running Android Wear
Next: Android Wear Has a Major Issue and It’s Not an Easy one to Solve