Google early today introduced Android Wear, a new project, an OS that will be just for wearable products, starting with smartwatches. In the middle of all this hype where everybody is talking about Pebble, Krayos and even the recently announced Moto 360,Google has also introduced G Watch, the first android powered smartwatch in works with LG and Google.

LG recently has done lot of impressive work in mobile segment, specially with G Flex, now plans to launch their first smartwatch running the Google’s Android Wear OS in coming months. Android Wear will have Google Now integrated in the OS and will respond to voice commands which makes a lot of sense for watches as they will are in close range would look less awkward. 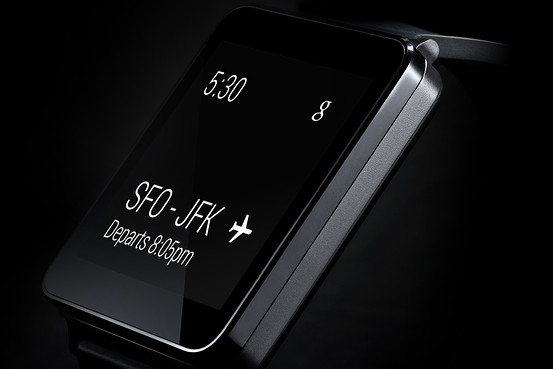 Though the above design just looks flat, I expect LG to launch a curve display watch soon which will have the rich display as on watches and for some reason it does make sense to have curve glass on a watch than just a flat display.

That said, LG smartwatch might just surprise many of us as they are one of the strongest brand on Nexus line and as well as their G line of hardware where they have innovated both in terms of design and technology. As a mater of fact, we recently were at the LG tech event, where we saw the LG Lifeband and it looked pretty decent.

We hope to see the LG G watch soon enough and when done it will become available in most of the market soon enough as their launch timing has improved drastically over time.