Home » News » LG Working on webOS for their Smartwatch

LG Working on webOS for their Smartwatch

LG was one of the first companies to release a smartwatch when Google announced Android wear early this year. First came the LG G Watch and then LG announced G Watch R at IFA 2014 last month. Now it seems that LG is planning to launch a new smartwatch powered by webOS. In case you don’t know about webOS, it was initially developed by Palm for mobile phones and then it was acquired by HP and then made the platform open source, and it became Open webOS. The operating system was later sold to LG Electronics and it is now powering their smart TVs.

Now, a developer website hosted by LG teases a software development kit for a webOS smartwatch and also mentions LG Smartwatch powered by webOS in teaser.

LG seems to be following Samsung’s route as they had initially launched Gear watches with Android Wear and moved to Tizen OS. Android Wear as a platform needs a lot of improvements and this is the reason why smartwatches as a category has not picked up well. 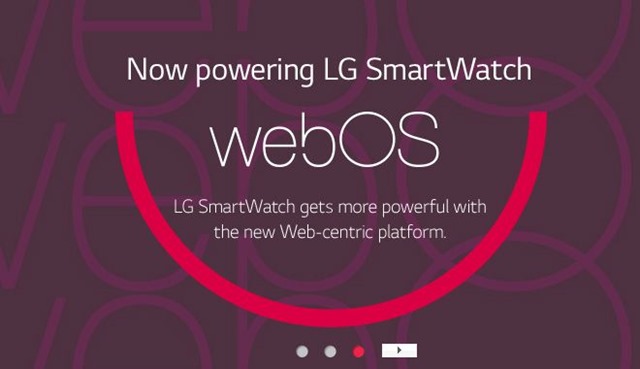 From the banners it looks like LG is almost ready with the smartwatch, but according to Verge nothing is confirmed as of now. Now that Apple has launched the Apple Watch and will be shipping in 2015, we need to wait and see how other manage to compete in this segment.