LittleBits’ New cloudBit Module Lets You Connect Anything to the Internet

Internet of Things is surely exciting. And at the same time, mostly expensive. A Nest thermostat costs $249, Dropcam security camera costs $199 and the Lockitron smart lock costs $149. But how about building your own ‘smart’ stuff at less than half of these prices? That’s what the new module from LittleBits is aiming to achieve. 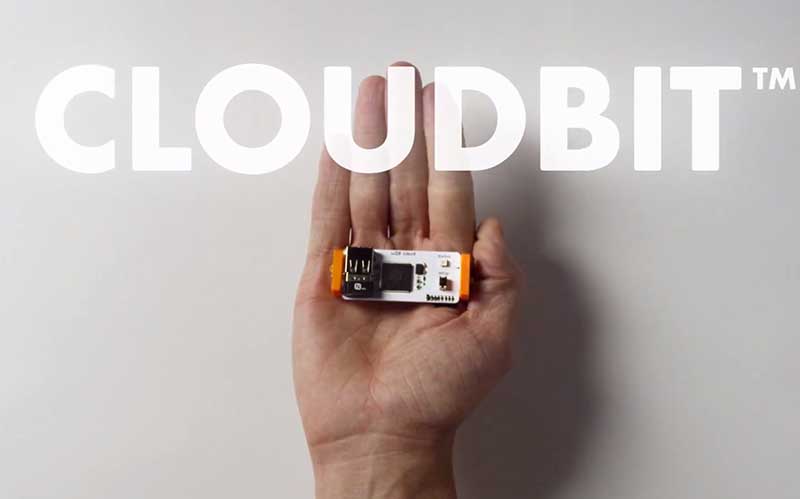 For the uninitiated, littleBits provides kits comprising of magnetic electronic components which snap together to make modular circuits. These can be used for education, Maker-style tinkering or serious prototyping, all without the need to be an expert. With cloudBit, makers can connect and control their creations – or existing devices – wirelessly over the internet for the first time. This is the open platform for the internet of things.

LittleBits is partnering with IFTTT, which is already popular for enabling basic programming with simple “if this, then that” commands to open up hardware integration with web services like Facebook, Instagram, Gmail, Twitter, Google Drive and many others. Below is an example of how cloudBit can be used to mimic Lockitron.

Pretty neat isn’t it? The same way one can build their own Nest like thermostat or Dropcam like security camera, all connected to the internet and ready to be controlled via your smartphone. The cloudBit module can communicate three ways: bit to web, web to bit or bit to bit — allowing separate LittleBit builds to talk directly to each other.

If you already own the littleBits kit, you can buy the cloudBit module for $59 or the cloud starter bundle consisting of six prototyping modules and two accessories to connect everyday objects to the internet for $99. They are currently offering an open version of Nest and Dropcam and WeMo and Sonos, to help you get started. The idea is very simple. Makers can use littleBits to prototype their ideas before going for mass production, much like Ringly did before going for crowd funding on Kickstarter.