At Wearables Arena, we strongly believe that the real impact of wearables will be in the field of Health and fitness. There have been several instances of startups working on devices to make the lives of various categories of people easier through technology. It’s heartening to know that one of the biggest tech companies has set its eye on this endeavor. Microsoft is reportedly working on a device like an Alice band that could help blind people “see” things around them. 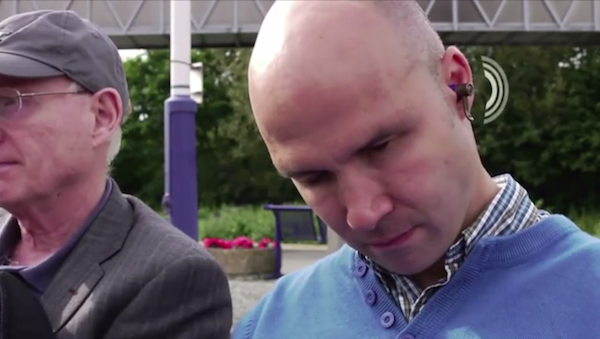 The device gives related information, through an earpiece, when the wearer looks at objects of interest. At this point of time, Microsoft isn’t ready to share any additional information on this device, but the Redmond giant made it clear that their band is nothing like the Google Glass as rumored before.

The device will reportedly help the blind “see” things around them, so it could describe something they’re about to eat, the value of currency they are holding, a building, and can even help them navigate their way around so that that they don’t bump into any objects or other people.

The wearable device, dubbed “Smart Alice” is currently being tested in the UK, and is being piloted by a group of eight blind people in Reading. A concept video released in 2012 outlined some of features believed to be in the product.

The video is part of a project called Cities Unlocked, which is a joint initiative between Microsoft, Guide Dogs, Future Cities Catapult to build “smart” city technology. More details are expected to come out by end of this year.

Previous: Are Fitness Trackers Here to Stay ?
Next: Think Your Fitbit Looks Boring ? Check Out These Tory Burch Designed Accessories