We all know that Microsoft is due to unveil 2nd generation of its Fitness band (codename Envoy) on October 6th, today, MicrosoftInsider.es has now revealed the exact look of the device in form of press renders. While the device seems to have almost the same looks, you now have curved display, has battery on the inner side compared to on the side of last generation. 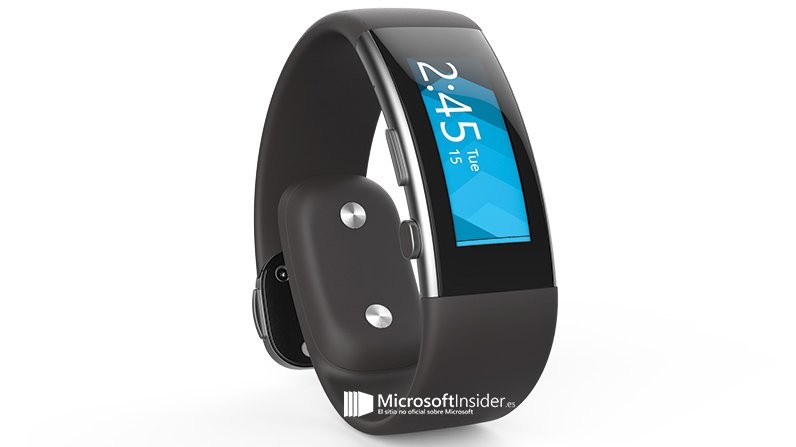 The band adds up contrasting look by giving a metallic or different color tone on the side and comes with same two button combination. Microsoft Band 2 is expected to be equipped with sensors like HRM, GPS, Microphone, Ambient sensor, skin response sensor, UV sensor and usually accelerometer and pyrometer.

One of the requested feature of Microsoft Band is altimeter which allows one to calculate number of stairs on daily basis. This has been requested by few in User Voice Forums.  It is being reported that Band 2 is coming with some sort of algorithm which can measure “Height of an exercise” which IMO is the stair counter, and will be abe to take jumps during exercises and workout into calories burned calculation. This feature is available in few products from Fitbit and Jawbone.

That said, It will be interesting to see if Microsoft has any plans, through features, to compete with other Fitness Trackers like those from Fitbit and Jawbone which have the major market share in  US.

More when Microsoft reveals this product officially on October 6th. We will keep you posted.