A new week and a new Google Glass teardown. Less than a fortnight after a website estimated Google Glass parts to cost just $80, IHS has done a more credible breakdown which now pegs the manufacturing cost of the Google Glass at $152.47. It’s still way lesser than what Google charges for the Explorer edition (i.e $1500), but there’s more to it than sheer numbers. 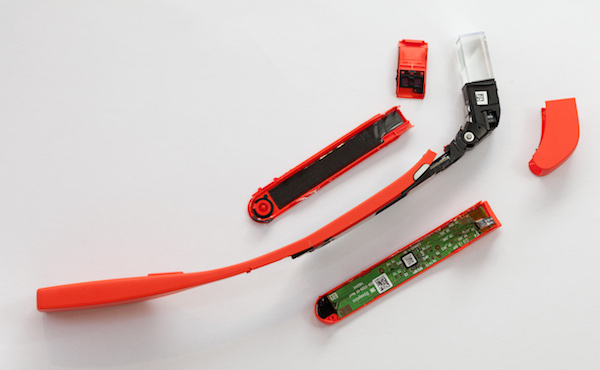 Although Google is expected to sell the consumer version of Glass at a much lower rate, the extreme difference in costs is sure to raise some eyebrows. IHS notes that these teardown estimates can be misleading, since the majority of the costs associated with Glass can come from non-material expenses, such as engineering costs, software development and tooling costs. So the Bill of Materials (BOM) cost of Glass represent only a portion of the actual value of the system.

Being a prototype, Google Glass Explorer edition comes with off-the-shelf components that could be further optimised. As and when Google goes public with Google Glass, chip makers are expected to offer more integrated chipsets specific to the application that will greatly improve all aspects of performance, including processing speed, energy efficiency, weight and size.

Both IHS and Teardown.com pegs the cost of the components from Texas Instruments as the major cost. This includes apps processor, power management IC, audio codec, battery fuel gauge and regulator ICs, accounting for an estimated $37.90 worth of components identified so far in the product. If you consider a single component, then it’s the frame which costs the most at $22. The liquid crystal display was found to cost $20.

Google though, has outrightly rejected the teardown estimates. According to WSJ, Google’s spokesperson said:

“While we appreciate another attempt to estimate the cost of Glass, this latest one from IHS, like Teardown.com’s, is wildly off. Glass costs significantly more to produce.”

Teardowns can be exciting to read, but they aren’t necessarily the most accurate way to estimate the manufacturing cost. Having said that, $1500 is still a lot of money to pay for a prototype product.