NEX Band is a Modular Wearable Device with Attachable Charms

If Google and Motorola’s Project Ara blew your mind with modular smartphone concept, here’s something which is bound to impress you further. NEX Band is a charm bracelet which can take in different “mods” performing specific functions by communicating wirelessly with your smartphone via Bluetooth LE. 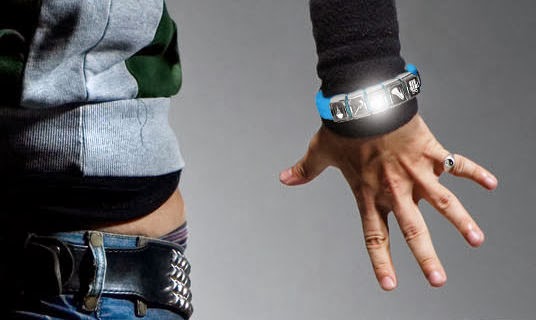 The capabilities of “mods” can range from showing notifications from your favorite social network, to the ability to share proximity information with your friends or a simple fitness tracker. This means that the users can pick and choose the functionality they can have in their wristband while not sacrificing the cool looks.

Each of the multi-colored LED Mods can send notifications, be exchanged with other users and managed with the NEX mobile app. In addition to that, the creators of NEX band, MightyCast, plans to incorporate location-based game into these bands. With this, MightyCast is trying to create a platform rather than a gadget. 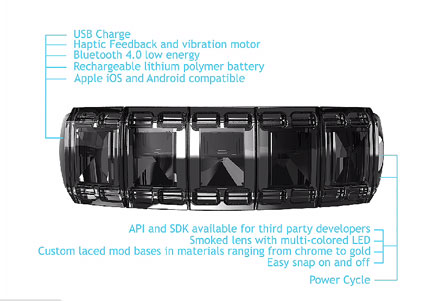 While the NEX band itself is available for pre-order at $49.99, each Mod is expected to cost around $10. Instead of buying a niche device like Nike Fuel, users can simply buy and snap in an accelerometer mod to have a fitness band. The idea is that mods can be changed round and customised as required: you might not need the activity tracker one day, so you could pop in a decorative mod instead.

You can think the whole platform is like an App store for hardware. MightyCast has opened up the APIs, SDKs and emulators to the third party developers who can create Mods for the NEX band. The NEX band is expected to ship in Q4 2014 with an expected retail price of $99.99, but can be pre-ordered for $49.99 right now.

We think that this is a brilliant concept – modular wearables with dedicated functionality, but being a startup might make it tough to execute to perfection. We’d love to be proved wrong at all levels though.

Previous: Glance is a smart accessory for your watch
Next: LG G Watch Detailed Specs Leaked