Home » Wearables » Nixie: A Drone You Can Wear on Your Wrist

Nixie: A Drone You Can Wear on Your Wrist

Intel announced its finalists of “Make It Wearable” competition, and one of the very cool wearables is a portable drone, which you can wear or, you may call it the first camera which can fly! 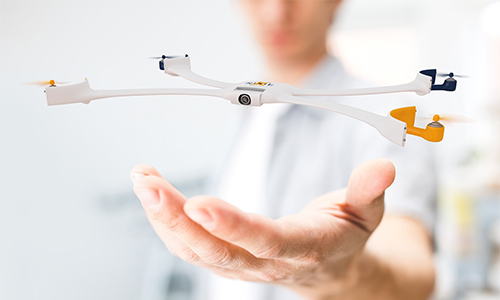 While the product is still just a prototype, the idea is crazy. Nixie is a drone which just fits around you wrist and takes off on demand. No only that, it comes with surveillance camera which can take pictures and can be controlled from your smartphone for capturing the right moment. It is being planned with a nifty gesture, which lets you make it fly by moving your wrist.

As one of the finalists, the project has already won, $50,000. The final winner will be announced, on November 11. The prize for the final winner is a jaw dropping $500,000. Check out the list of finalists here.