Home » Internet of Things » Noke : A Traditional Lock That You Can Unlock With Your Phone

Noke : A Traditional Lock That You Can Unlock With Your Phone

Posted by: Ashish Mohta in Internet of Things August 18, 2014

When it comes to keeping traditional looks, everybody loves it. In this Tech Age, we look for traditional phones to keep things classy. So today lets take a look at  a traditional lock which doesn’t need a key to unlock, instead you can use your phone to unlock. Hmm, A Lock without a keyhole…that sounds odd.

Meet Noke, a technology empowered lock which connects to your phone over bluetooth and that’s the way you can lock and unlock it making you virtually free from forgetting your keys back at office.  Built using hardened steel and boron, waterproof and 30 different parts, Noke is one of the most advanced padlock and strong enough to resist against theft.

That said, the designers behind the lock are crowd funding this project and idea to make more locks and make it even better. The goal is of  One Million US Dollars and if you like the idea, you may support it. This also gives you an option to try it out early than others. 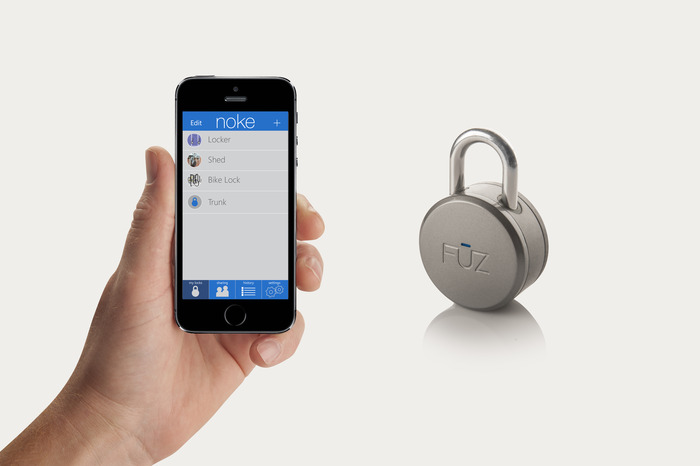 What do we think about it ?

Its a unique idea which can make  things simple and easier for many. Instead of forgetting all the time, we can easily unlock with our phone and even share with others. Long battery life and the said quality also looks awesome. We would seriously like to see the project to come true and see other companies also getting involved in it to make your house even more connected.

Previous: Moto 360 is Priced at $249 as Per Best Buy Leak; Detailed Specs Revealed as Well
Next: LG to release new smartwatch with Android Wear at IFA