Qualcomm surprised a lot of people and raised quite a few eyebrows when they announced their own smartwatch, the Qualcomm Toq late last year, but the semiconductor giant has hinted at releasing chips to power wearable devices from third party OEMs, and we might see them later this year. 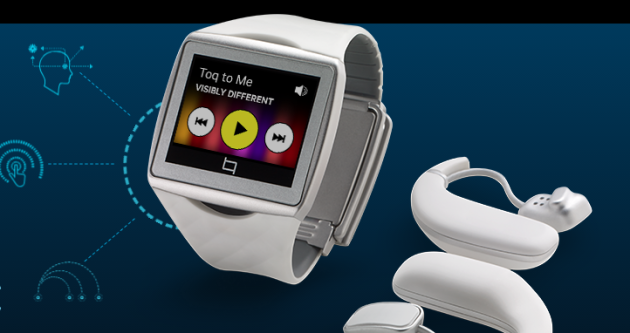 As per Taipei Times, Qualcomm CDMA Technologies Taiwan president Eddie Chang has said that Qualcomm has all the technologies needed for wearables, and we can expect some wearable devices carrying Qualcomm chips this year. Although Chang declined to reveal details about Qualcomm’s wearables programs, he said the company may consider making chips specifically designed for wearable devices if the market reached a large scale.

It’s important to note here that MediaTek, the Taiwanese competitor to Qualcomm has already plunged into the Wearables space by powering the Omate TrueSmart smartwatch with its MT6572 dual-core handset chip. Since then, MediaTek has announced to ship a new low-power chip, dubbed Aster, designed for wearable devices later this quarter.

Last month we saw a report from popular market research firm, IDC, which forecasted the global shipments of wearable devices would more than triple from last year to more than 19 million units this year.

Currently, smartwatches and fitness trackers form the core of wearables market. Companies like Samsung, Fitbit, Jawbone and Sony have taken keen interest in the wearables market. According to Strategy Analytics, Qualcomm had 1.4% market share for their Toq smartwatch in Q1 2014.

Qualcomm has always maintained that their Toq smartwatch is only a reference product to showcase the Mirasol display and their new wireless charging technology. So the company is going beyond the usual SoC in its offerings for wearable devices. Over the next couple of months, we will see biggies like LG and Motorola announcing their smartwatches. Don’t be surprised if one of them have a Qualcomm chip inside!