Nabu works with iPhone and Android devices and will alert you to phone notifications, track fitness data and connect you to other Nabu users. 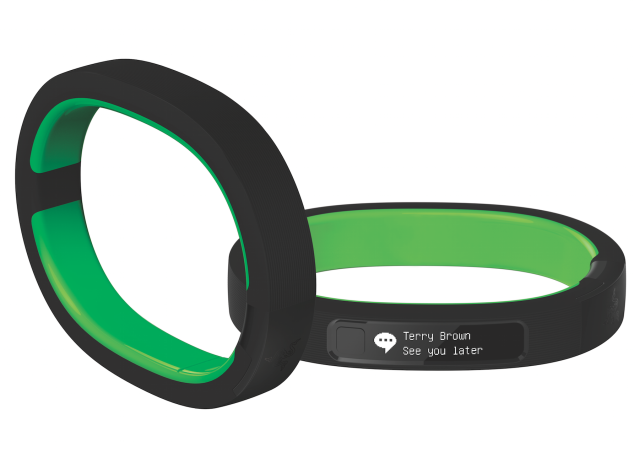 As of now it shows notification from WeChat on the device. WeChat and Razer are also exploring how users could exchange contacts, by say, shaking hands or giving a high-five. Nabu wearable users will also be able to compare fitness stats with fellow WeChat users.

Nabu was first showcased in CES 2014 and it is designed to offer some of the best features of a smartwatch and fitness band, and has some unique features like dual notification screens. The company has said that the device should go on the market in the next month or two in the U.S. for less than $100. Nabu will support iOS and Android devices in the first instance and the company is considering adding Windows Phone support as well.

Nabu will also make its entry into China where WeChat is extremely popular.

Here is a video on Nabu Smartband.

Previous: LG G Watch Hands On and First Impressions
Next: LittleBits’ New cloudBit Module Lets You Connect Anything to the Internet