The popular fitness tracking app maker, Runtastic, has turned towards hardware with its own fitness tracker called the Orbit. In concept, the Orbit is pretty much like any other fitness trackers we have seen from Fitbit, Nike or Jawbone, but some cool little tricks up its sleeve to differentiate itself from the competition.

Runtastic Orbit can be used to monitor daily movements, your exercise and sleep cycles. Unlike Fitbit, Nike or Jawbone, Orbit comes with a monochromatic display which shows metrics like distance traveled, steps taken and calories burnt, which seems helpful as it’s not the kind of thing you necessarily want to dig into a smartphone app to find while running.

Along with Orbit, the company is launching the companion app called Runtastic Me for iOS and Android which serves as a hub for the data collected by Orbit aand can then make recommendations based on your goals. 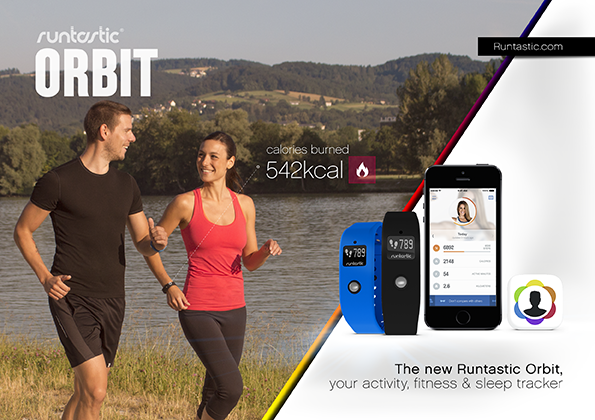 Orbit uses Bluetooth 4.0 to sync the data with the Runtastic Me app, and users can view them – including statistics like calories burned and steps taken – within the app, on the Orbit itself, and at Runtastic.com. According to the company, Orbit is aimed at both casual runners and fitness freaks.

In addition to the OLED display, Orbut comes with an ambient light sensor, and is waterproof up to 300 feet. Like the Sony Smartband, it comes in two pieces – a black clip and two colored wristbands (black and blue), with six more colors available to purchase separately. Users can choose to wear Orbit on their wrists or snap it up to their clothes. From the looks of it, the Orbit hardly strikes a chord with fashionistas. It looks rather dull and not something which catches people’s attention. 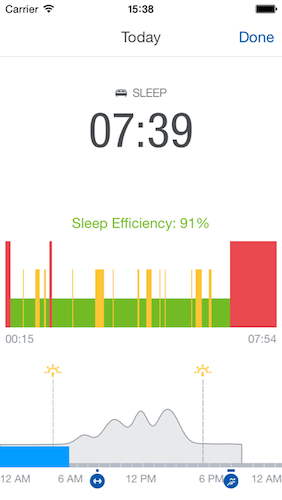 The achilles heel for wearables has been the battery life. Runtastic has sort of managed to address this by providing a 7 day battery life on the Orbit fitness tracker. Assuming this is when it’s used 24×7, that’s an impressive number considering it tracks sleep and mood, in addition to fitness metrics. And by the way, it shows the time as well!