Samsung Gear Live comes with a 1.63 inch Super AMOLED display with 320X320 resolution and runs on Android Wear. It has a 1.2Ghz processor with 512MB RAM and 4GB internal storage. It also features a heart rate sensor which was first launched on Samsung Galaxy S5. The watch also comes with changeable strap with Black and Wine Red color options. 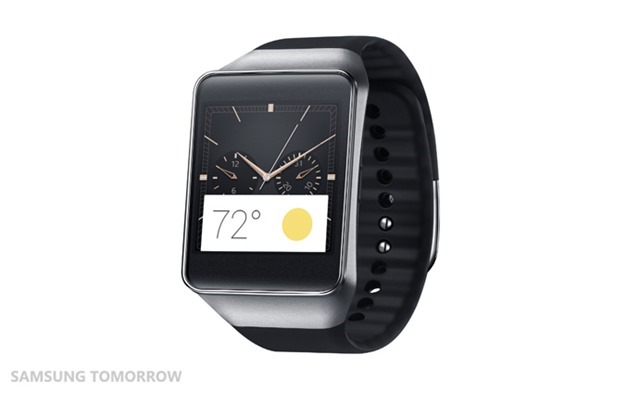 The Gear Live meets IP67, protecting the device against the effects of dust and water immersion and comes with a standard 22mm band, so users can change the band based on their preferences. 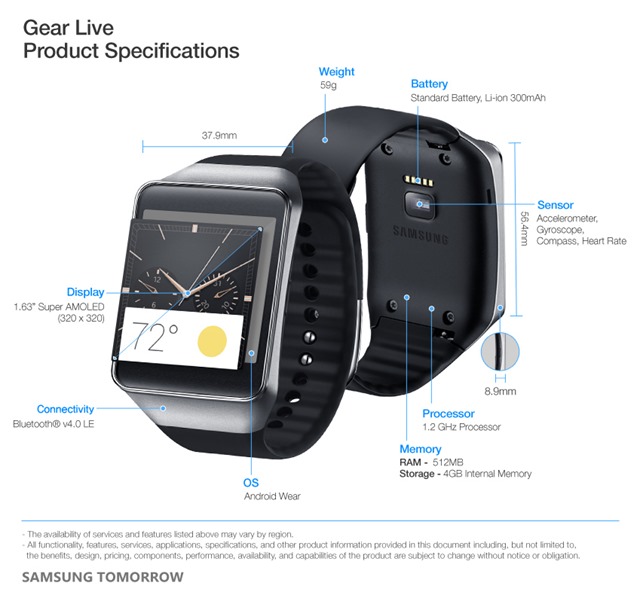 Here are the specifications of Samsung Gear Live

It will be available to order from June 25th through the Google Play Store (play.google.com/devices), and will subsequently go on sale in Samsung Retail Stores.