Samsung wants to be everywhere. After smartwatches and Internet of Things, the Korean giant has stepped into the Virtual Reality space with its own Gear VR headset. The company isn’t trying to reinvent the wheel here, but has preferred to partner with the much popular and Facebook-owned Oculus Rift to power their VR headset. Instead of using a built-in screen, Samsung is using the newly announced Galaxy Note 4 as the display for this VR headset. 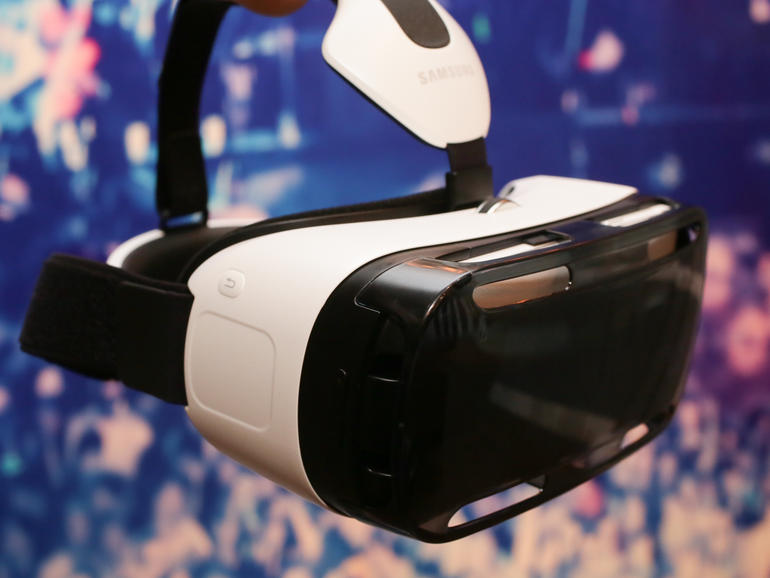 The new Note 4 has a 2560×1440 Quad HD screen and hence has a better and bigger resolution than Oculus Rift. The Super AMOLED display should improve clarity and sharpness. In addition to turning the Note image into an immersive 3D display, the Gear VR adds a side trackpad designed for navigating menus and playing games, a back button, and a volume key. The rear camera can be turned on giving you an image of the real world around.

Samsung has managed to bring down the latency on Gear VR to as low as 20ms. The company has lined up a handful of games and other media experiences to go with it, including a tour of Tony Stark’s lab from Avengers: Age of Ultron, a 360-degree Cirque du Soleil performance and HD music videos from Vevo.

The idea to use smartphone’s display for virtual reality isn’t new. Google displayed something similar with their simple Cardboard box at Google I/O back in June. But Samsung is taking it further with the Gear VR which will come with an accelerator and gyrometer for head tracking left and right. There are few things which are missing like front and back head tracking.

The device is still a prototype, so the actual product will take some time to be released to the public. Obviously, we don’t have any pricing or availability details as yet.

Previous: ASUS announces its first Smartwatch, the ZenWatch Priced at €199
Next: Sony announces SmartWatch 3 with Android Wear for $299