Samsung to Launch a Stand-Alone Smartwatch Which can Make Calls: WSJ Report

It’s happening! If we were to believe this report from The Wall Street Journal, we might see a watch-phone from Samsung as early as Q3 2014. The Korean giant is already dominating the nascent smartwatch market, and is now going beyond the concept of smartwatch being a secondary screen for smartphones, with a new one which works as a stand-alone phone. 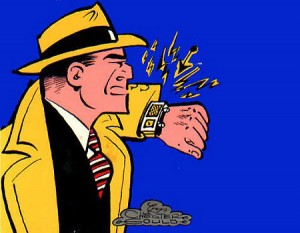 Samsung’s upcoming smartwatch wil be able to make and receive calls without having to be connected to a smartphone, something which no other smartwatch at present can do. For instance, Kreyos Meteor can make and receive calls, but needs to be tethered to a smartphone to achieve that. We remember seeing some crowdfunding projects promising a stand-alone watch-phone, but haven’t seen them released to the general market yet.

According to WSJ, Samsung’s watch-phone (we need a better term for this) will also take photos, send email and come with GPS, Bluetooth and a heart monitor. Also, the device will be running Samsung’s own Tizen OS instead of Android. Samsung is currently in talks with carriers across US, Europe and Asia, and if they strike a deal, we might see the device getting launched in June or July.

Samsung’s biggest rival, Apple, has been rumoured to announce a smartwatch (iWatch) for more than an year now, with latest reports suggesting a September launch. Google is another player who’s showing some keen interest in wearables market with a dedicated OS in the form of Android Wear. LG and Motorola will be launching their own smartwatches in the next few weeks, but neither of them are expected to be a watch-phone.

For some, this might sound like a crazy idea. Talking to the watch instead of a phone isn’t something some of you might expect to become a norm. But Samsung has taken such risks in the past. With the Galaxy Note series, they created a brand new category of smartphones, which we now call as Phablets. Not many were hopeful of such big phones becoming a norm. Well, don’t bet against watch-phones now.

It’s interesting to note here that Samsung is holding a Health related event on May 28th in San Francisco where they are expected to release a dedicated platform for wearables. Although no new device announcements are expected, we might get a clue about how serious the Korean giant is in wearables space.