Big companies are betting big on the next big thing in technology, Internet of Things. Samsung is reportedly looking to scoop up the popular home automation company, SmartThings for somewhere south of $200 million. The deal isn’t complete yet, but when done, it should give Samsung a lot of leg space in the home automation arena. 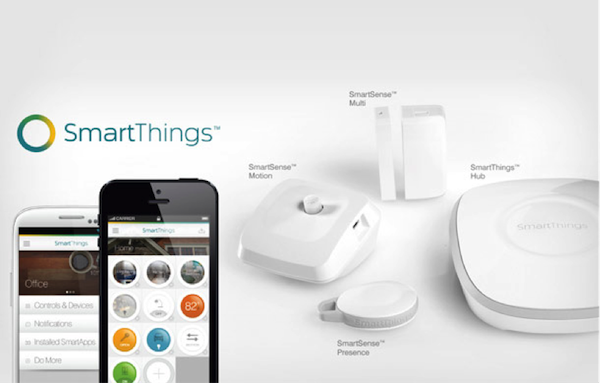 Google bought Nest back in January this year, and Dropcam few weeks back, and Apple made its stance clear with introduction of HomeKit in iOS 8 at WWDC 2014 last month. So, the Korean giant who is already a big name in home appliances, had to do something to get to the next level. SmartThings should fit their plans to the T.

SmartThings has a hub, and also has a programming environment which can get developers excited to build apps that can combine different connected devices into a personalized home experience. As GigaOm points out, Samsung can’t afford to sit back and make standards, while assuming that people will buy only Samsung appliances and use the proprietary apps to connect their devices. SmartThings lets many third-party devices to talk to each other, while users can use the iOS or Android app to smartly control these devices.

This will surely helps SmartThings as well. Samsung has a huge cash to splurge on marketing and that will eventually help SmartThings to support more devices and garner more developer interest to build better apps. The home automation space is still ripe and no one has an unassailable lead yet. Once this deal goes through, we can expect more mergers and acquisitions to happen.

Previous: This is How You Type on Android Wear (Video)
Next: Hicon – A Smart Wristband for Social Networks