Home » News » Hold Your Breath! Samsung has Sold Over Half a Million Smartwatches in Q1 2014

Hold Your Breath! Samsung has Sold Over Half a Million Smartwatches in Q1 2014

It took me sometime to digest these stats. Samsung has sold over 500,000 smartwatches in just three months of this year. That’s staggering for a market which is considered to be in its infancy. As per Strategy Analytics, this amounts to over 71% of global smartwatch share for the Korean giant. Just for the comparison, Samsung had sold just over a million smartwatches for the whole of 2013, and had a market share of 52%. 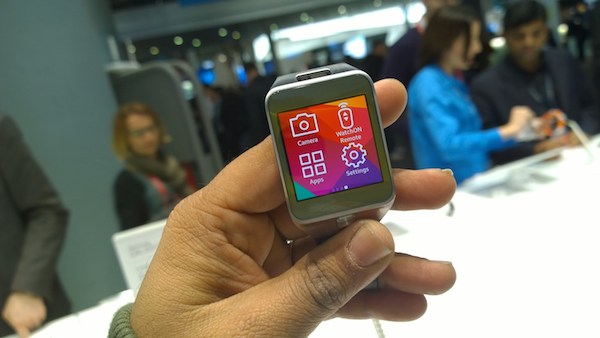 Another important thing to note here is that these stats don’t include the sales of Samsung’s latest set of smartwatches, the Galaxy Gear 2 and the Galaxy Gear 2 Neo which were launched in April this year. The worldwide smartwatch sales amounted to 700,000 units in Q1 2014.

It’s important to note that currently Samsung faces very less competition in the smartwatch space with Sony being the only other major brand having its own smartwatches. Although Sony started earlier than others, it hasn’t managed to innovate fast enough to capture the market share. Other than Sony, startups like Pebble and new entrants like Qualcomm are vying for the smartwatch market share. According to Strategy Analytics, both Sony and Pebble sold just around 80,000 units in the same period for 11.4% of the global marketshare each. Qualcomm had 1.4% market share for their Toq smartwatch.

Samsung is expected to have some serious competition with companies like LG and Motorola expected to launch their own smartwatches based on Android Wear later this year. Both the LG G watch and Moto 360 have garnered a lot of interest and attention so far. Although Samsung has temporarily moved away from Android to its homebred Tizen OS for its smartwatches, it’s expected that the Korean giant will hot back with Android Wear based smartwatches very soon.