This is ridiculously funny if at all it’s true. Samsung is partnering with Oculus to create a VR headset where you can put in your smartphone for many things, like Gaming and Video Streaming to start with.

According to Engadget’s report, Samsung is planning to risk an idea, where a headset powered by Oculus VR can be used with Samsung Phones running a version of Custom Android OS to take consumer interaction to next level. So instead of plugging a VR headset to a gaming console of some sort, you can put your phone in and start playing a game.

Another idea is where you can use your phones rear camera to record, live stream or virtually interact with objects around just like Google Glass or Go-Pro.

How are they working together ?

Samsung is known for its screen making capabilities and that’s what Oculus needs for their final products. Oculus can get their mobile SDK rolling and Samsung can stretch their innovation of OLED screens to their next generation phones to create a HIGH-DEF VR experience.

So yup, instead of creating displays on the headset, the phones could be used by connecting the headset with the phone either using existing tech or probably we might see custom ports, just like Apple’s, to make sure the performance is at par.

How good is the experience in testing ? Sources of Engadget say it’s shockingly good with S4.

Is the Idea New ? 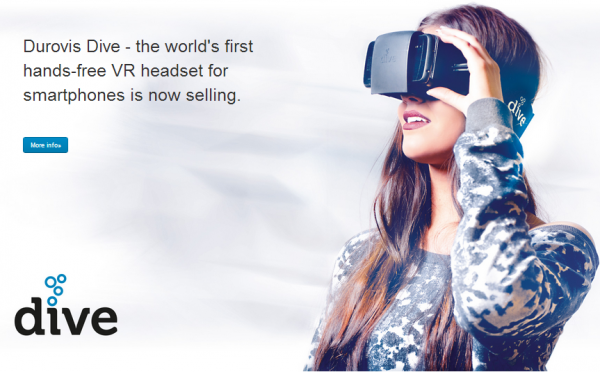 If you dig around the internet for its surprises, it’s not. What it looks like is Durovis Dive, a VR headset that uses your smartphone.  Currently it has some apps that can be used while wearing it and the lenses can be used to watch 3d movies, play games and so on.

Does it Ring a Bell ?

IMO, it’s a NO for now. The idea is different but it too smooth to believe and unless Samsung decides to show a prototype or concept and get into full details of what they are building it for, I will hold my thoughts.