At the IFA 2014, Sony had announced the Smartwatch 3 powered by Android Wear. At the CES 2015, Sony has announced a new stainless steel version of Smartwatch 3. Sony SmartWatch 3 has a 1.6-inch transflective LCD display which has 320 x 320 resolution and comes with 4GB of built-in storage, and is powered by a quad-core 1.2GHz processor powered by a 420mAh battery. Sony promises that will provide up to two days of typical usage.

The first version of Smartwatch 3 came with silicone bands and now users have an option of premium looking stainless steel strap. 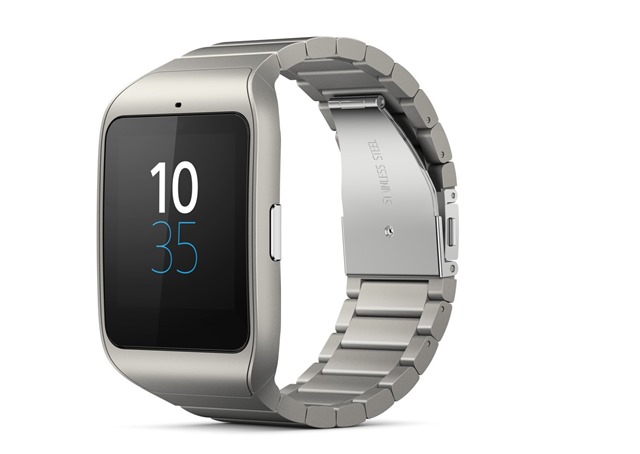 SmartWatch 3 comes with built-in microphone, and Accelerometer, Compass, Gyro and GPS sensor technology so you can do lifelogging. SmartWatch 3 is designed to work with the company’s LifeLog platform which is basically an app that tracks your daily activity and presents it in a digital timeline, telling you where you were when you took a particular photo, hit a certain fitness goal, or played a specific game.

Sony’s SmartWatch will also include Sony’s Walkman apps, which will apparently let you navigate your music collection a little more easily (Android Wear media navigation tools only allows you to skip or pause tracks).

Sony SmartWatch 3 with stainless steel finish will be available in Europe from February 2015.