Today, Asus launched their first Android Wear powered Smartwatch at IFA, Berlin. Unlike others, Asus made sure that their first smartwatch doesn’t get unnoticed and were able to deliver by maintaining a balance between the design, price and functionality. While the watch doesn’t come cheap, the features looks good.

The first thing which I really liked about Zenwatch is its design which is way better than the Samsung and LG smartwatces. They made sure that instead of putting a flat design on the face of customer, a decent looking watch will get better attention. At a first glance, you would see that the display is made up of curved glass (2.5D / Amoled Display / Corning® Gorilla® Glass 3)  and a genuine, stitched-leather strap which has a quick release clasp design. The overall effect should give customer a comfortable experience and elegant look. 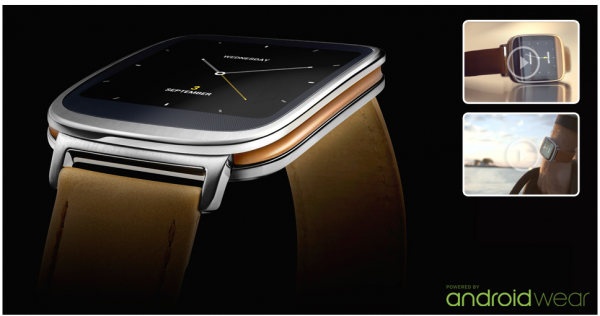 So here is the list of Features You Should Know:

Whats your favorite? Mine is TAP TAP!