Truecaller is one of the most popular caller ID app available across multiple platforms including Android and the company has now officially launched the caller ID app for Android Wear. Android Wear is the OS from Google powering the wearables and already announced LG G Watch, Samsung Gear Live and Moto 360 runs on this OS. 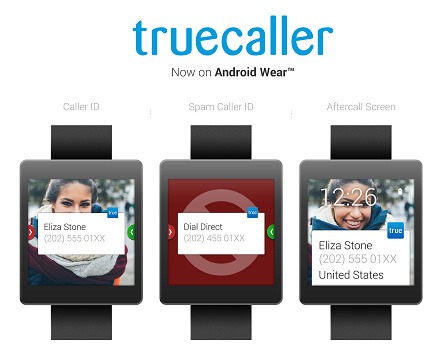 With this announcement, any user who has Truecaller installed on their Android phone will be able to have the same information displayed on their Android wearable, this means they can get the called ID of the incoming call, or detect if the call is a known scammer.

Previous: Android Wear Has a Major Issue and It’s Not an Easy one to Solve
Next: Pavlok is a Stunning Habit Forming Wearable