The concept of Virtual Keyboards is nothing new, but they have been mostly about projecting a keyboard template onto a flat surface. A research team at Mälardalen University (MDH) in Sweden has been developing technology to create a virtual keyboard, which is intended to be used with devices such as Google Glasses or Oculus Rift, whereby the user can see the keyboard in front of them as they type. 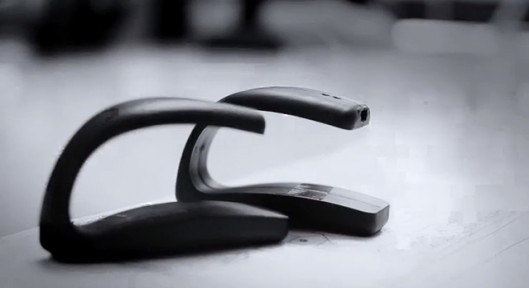 Currently, the prototype looks like a pair of bracelets which are placed around the wrists or over the hands. These bracelets consists of sensors which feel the position of the users fingertips and hand movements, as well as the surface they are typing on so that it can ascertain which key is touched.

The Virtual Keyboard (or Senseboard) has been in work since 2005, and originally started out as a companion piece for work being done on robot and computer vision. Lars Asplund, professor in Robotics at MDH says that the two bracelets will also function as a computer mouse and as a unit for gesture input. Considering that the present day keyboards still replicate the functionality of the 19th century typewriters, Asplund hopes that this new device can bring in the much required innovation and shape up the future of keyboards.

The Senseboard is still in pre-prototype phase and needs over £1 million in funding before it can reach this next stage. Once it’s complete, it could even be used for applications other than typing, such as controlling games or performing music. Unlike other virtual keyboards, Senseboard doesn’t require a flat surface to project the keyboard template, and also non-intrusive in nature.