Wearables are Primed for Success, Set for Explosive Growth: IDC

The popular research firm, IDC, has stated the obvious, albeit with data & figures. According to their latest report, the wearable technology space is primed for explosive growth, as it tries to break out from early adopter phase right now. Although, it’s expected that just over 19 million wearable devices will ship worldwide by end of this year, IDC predicts that in 2018, the annual shipment of wearables devices will hit 111.9 million, a compound growth of 78.4 percent from now till 2018. 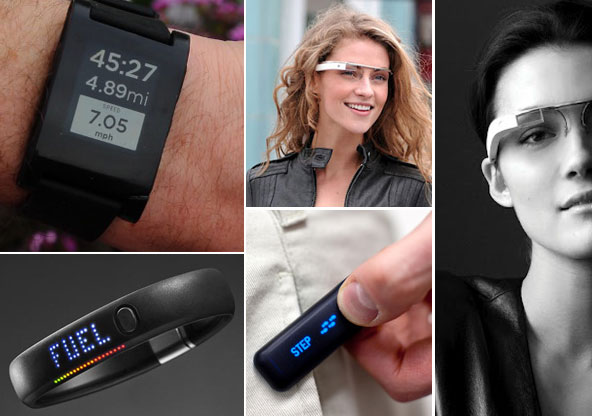 With smartphone growth rate stabilizing in most of the developed countries, analysts around the world expect Wearables to become the next hot market in tech industry. Companies like Samsung, Nike, Fitbit and others have already started offering several wearable devices, with others like Google, LG and Moto taking the plunge recently. The big daddy of all, Apple, is sure to go down the line as well, which should help wearables break out of the early adopter phase.

According to IDC, complex accessories like Nike+ FuelBand, Jawbone UP, and Fitbit devices will lead the wearables market through 2018 as users continue to embrace their simplicity and low price points.

IDC expects many more companies to join the fray in coming months, which obviously includes Apple. The Cupertino giant has been the butt of several rumors in recent years, with talks about iWatch reaching improbable proportions. But the company has to battle it out from the scratch with wearables. IDC surveyed over 50,000 consumers across 26 countries to see which company they believe is the most trustworthy wearable device maker, and Samsung was voted on top, followed by Apple, Sony, and Google.

The biggest challenge for wearables remains the acceptability and lack of compelling features. Smart wearables like Google Glass are still fighting social acceptability, while other devices (particularly smartwatches) are struggling because of their need to pair up with other devices like Smartphones.

“Smart wearable vendors must convince users to shift to a new user experience while offering them a robust selection of third-party applications,” IDC said.