Home » SmartWatches » Withings Activité: an Analog Watch Which Hides a Fitness Tracker Inside

Withings Activité: an Analog Watch Which Hides a Fitness Tracker Inside

We have previously seen some concept smartwatch designs which shows gorgeous analog watches with digital heart inside. Well, Withings has taken the cue and has come out with Activité – a beautiful analog watch with the classic round watch face, but with a fitness tracker hidden inside. 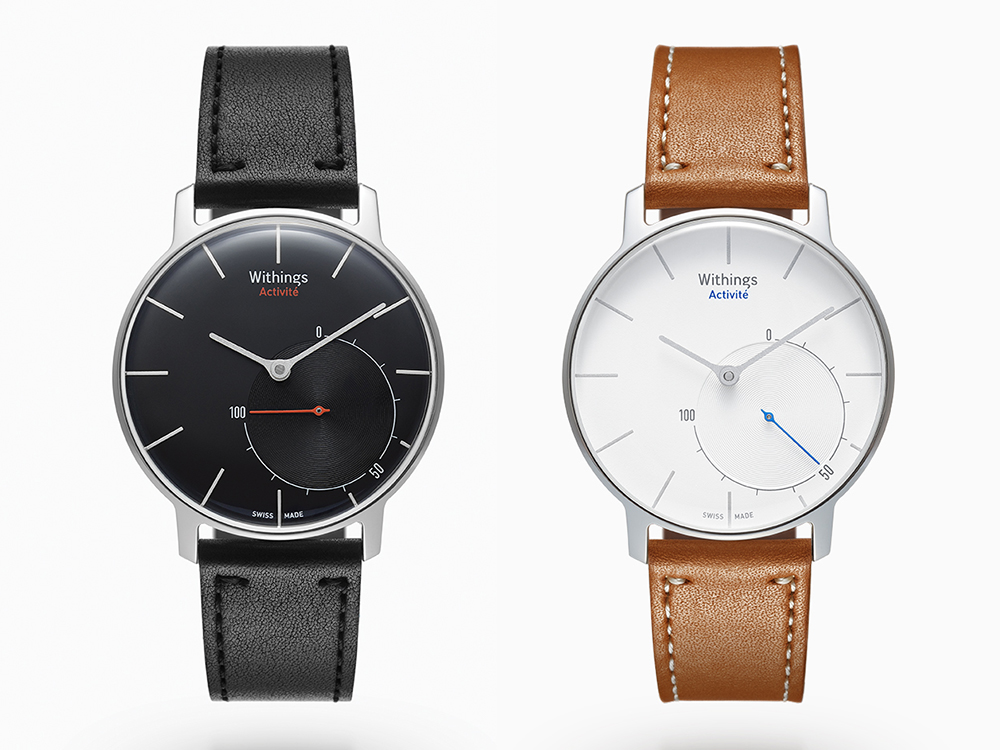 Technically, it isn’t a smartwatch per se, as you don’t get the notifications on to your wrist, but it isn’t just another watch either. It’s a Swiss designed high quality watch with an activity tracker embedded inside, As Withings CEO Cédric Hutchings puts it, “it’s a premium, high-end watch that happens to have these cool features.”

Activité comes with an accelerometer can track both steps and sleep, and connects via Bluetooth LE to your phone (iPhone-only for now) to sync with Withings’ apps and other devices. It can also work as a smart alarm clock, gently vibrating to wake you up when you’re at the lightest point in your sleep cycle. 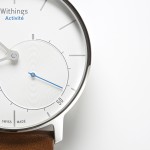 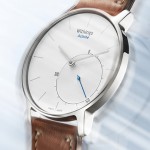 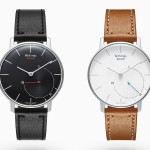 This Swiss designed stainless-steel watch comes with sapphire glass, with a battery life of one year, that’s something never heard of in the smartwatch space. Also, it’s waterproof to 5atm, or 50 meters, so it’s suitable for swimming. It can even change time zones automatically.

So how do you track your fitness progress? Well, one set of hands shows the time, while a second set moves to show daily goal progress via the pedometer. To change modes, you tap the watch face.

Activité will go on sale in the US this fall for $390, and £320 in the UK from August. That’s not cheap, but then it doesn’t come with cheap materials either. It’ll come with both a leather and a rubber band, easily swappable without using any special tools. The watch will be available in both silver and black, in just one unisex-intended design.

We expect to see Moto-360, another round-faced smartwatch running Android Wear at Google I/O tomorrow, but Withings is clear that they are not directly competing with either Moto 360 or LG G watch. Instead, Withings Activité is a wrist watch first with additional feature to track your activity.